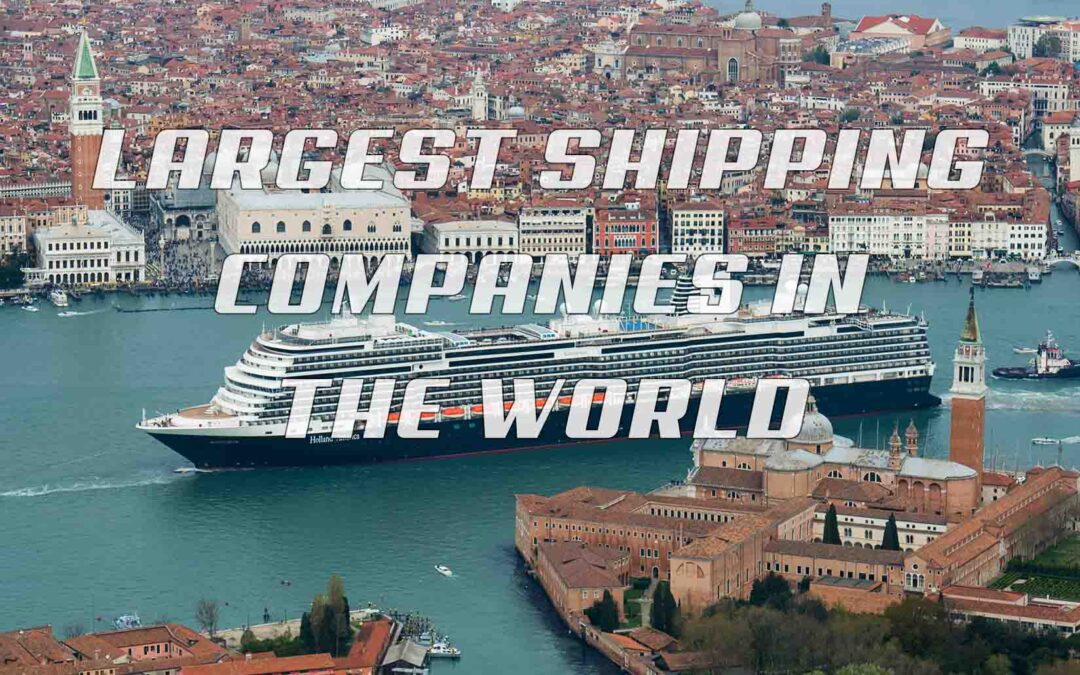 Finding the largest shipping companies on earth is quiet a bit of a challenge. At first, I thought this was an easy task.

Just by thinking about the ships I see while sailing, its deceiving to conclude the company behind them are the biggest.

Sailing for more than ten years made me think that Mediterranean Shipping Company could be the largest since I always see them everywhere.

Or perhaps, companies specializing in tanker ships could be big too since this world is run by oil. Even vessels are fueled by oil so this would be a no brainer.

But as I dive deeper into the web and company profiles, I slowly realized that one question which keeps bugging me.

How do I measure the size of a company? 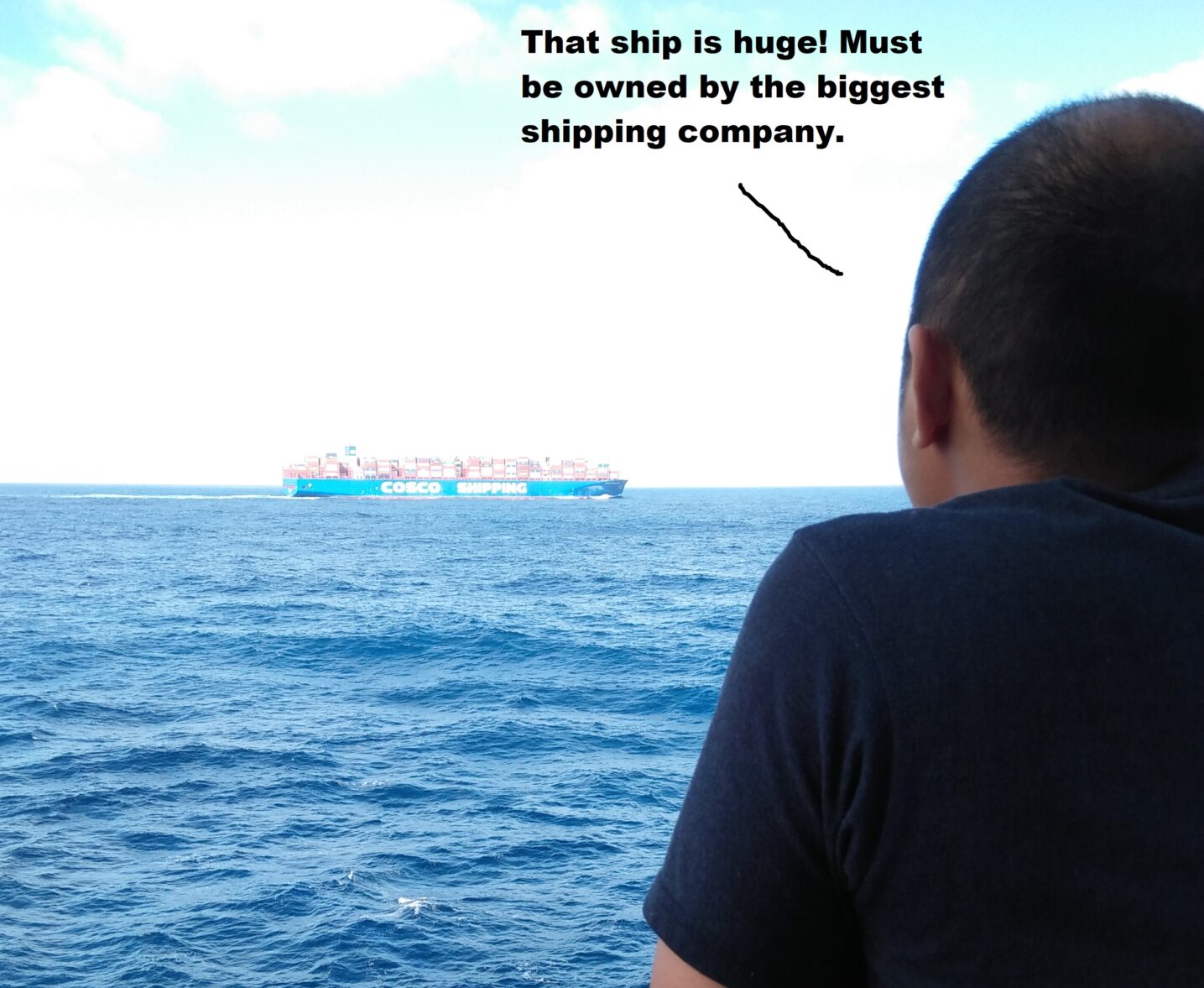 So, how do you measure the size of a shipping company?

Well, there are various criteria that you can employ.

As I continue my research, I found other articles narrating the largest companies in the shipping world.

However, they reviewed only a certain category of the shipping industry. And its very easy.

For example, we can rank the largest shipping company based on their market share or twenty-equivalent units (TEU) capacity. Alphaliner does a great job at that!

But that’s only the container shipping industry. How about other companies operating on cruise ships, bulk ships, drill ships, tanker markets and many others?

Another way to find the largest shipping company is thru their fleet size. However, as I continue my journey, I met another wall. Companies have ships of varying sizes and numbers.

Even if we use the total deadweight of their fleet, it still doesn’t accurately measure the company size.

Because some of them have subsidiaries or hold stakes in other shipping companies. How much of the DWT do they share?

Market share is also more complicated. Comparing the market share between oil market, container market and the cruise market is like debating which tastes better- apples, grapes or orange?

To measure the size of a company operating various types of ships, we must use a denominator that they commonly share. The criteria must be simple and easy to understand.

In order to do this, I asked a very bold question to myself.

If I’m going to buy a shipping company, how much would I pay?

How much does Teekay or MSC or Stolt worth?

This question sent a light bulb into my head. Immediately, I used a company’s Enterprise Value and its Market Capitalization.

I also included their revenue and net income for the last 12 months to have a better picture.

Additionally, I compiled a table of these companies with their enterprise value, Market Cap, Revenue and Net income for the last 12 months. You can see them at the end of this post.

According to Investopedia, enterprise value is a measure of a company’s total value which includes its market cap, short and long term debt and any cash on the company’s balance sheet.

Enterprise value is mostly used by other companies if they want to buy or take over another company.

Maritime industry plays a major role in keeping the supply chains running that in turn fuels the globalization.

Since shipping is a worldwide business, biggest companies extend their services to all over the world. They have offices in the US, China, Canada and all throughout the seven continents.

Starting from the 10th spot, here are the largest shipping companies on earth.

With its primary base of operation in Taiwan, Evergreen Marine Corporation operates in 320 cities across 118 countries. They currently rank as the 7th largest container fleet in the world with 201 fully containerized ships moving 1.2 million TEUs.

You can easily spot these ships because of their green hull with a huge stencil mark on its side with the letters “EVERGREEN”.

For the last twelve months, this company’s net income was around US$93 million with its revenue of US$6.5 billion. In fact, this is the “cheapest” company among the top ten which is currently valued at US$7.2 billion.

Just so you know that the figures above could change anytime. As of this writing, the company’s market cap is at US$3.3 billion. 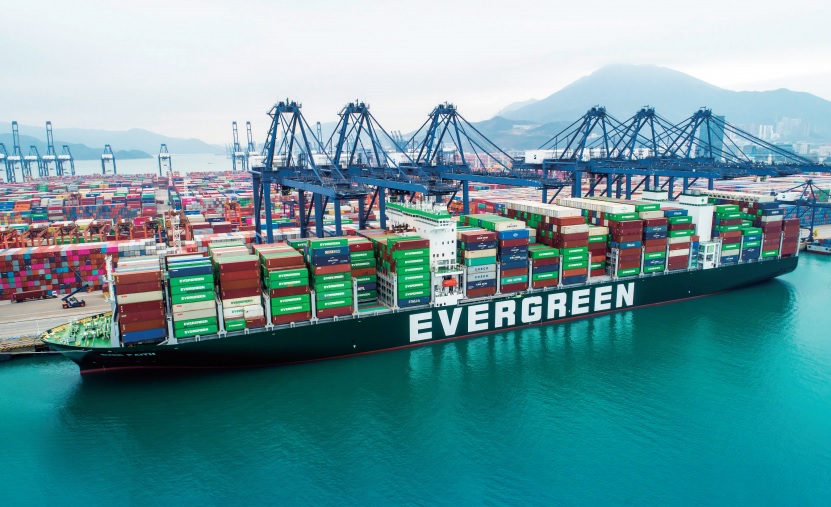 Hyundai Merchant Marine is the eighth largest container lines in terms of capacity. It is also South Korea’s number one container carrier.

The company earned various awards and innovations throughout the years. Last 2017, they ranked top 1 out of 18 global carriers for its on-time global performance.

A year after, they started a ‘-60ºC Ultra-Freezer’ Service. They also welcomed their first ever female Captain and Chief engineer.

Just this year, they launched the largest container ships in the world, the HMM Algeciras and HMM Copenhagen. Both ships have capacity of 23,964 TEUs and 23,820 TEUs respectively.

Although these ships are the largest, they still follow the normal shipboard organizations similar to other vessels. 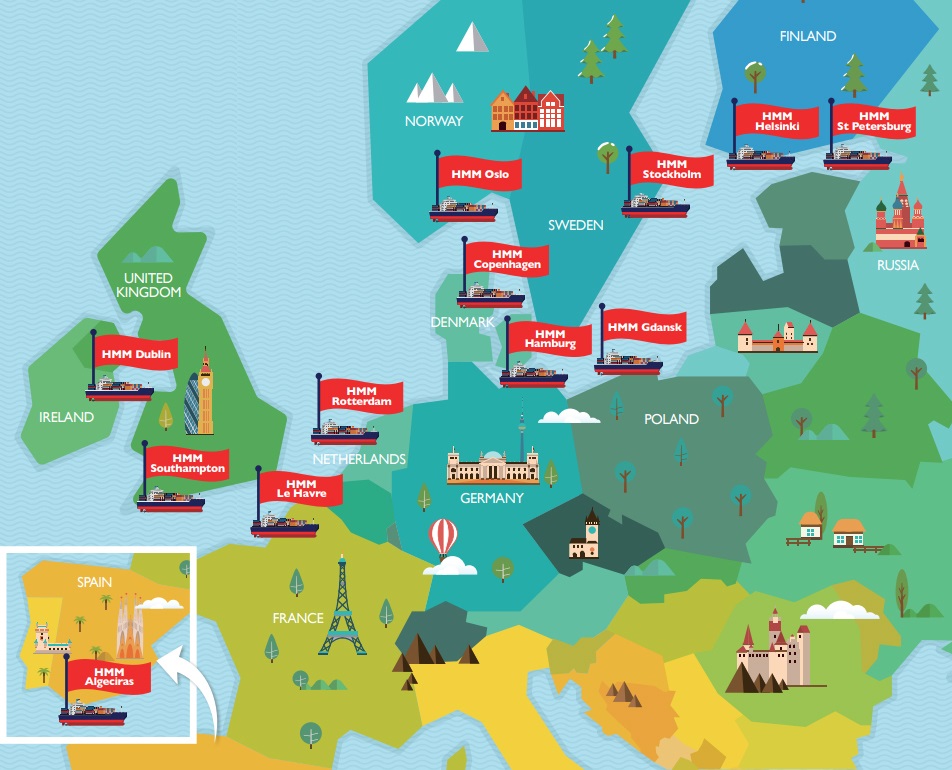 HMM’s goal is to become the world’s number 1 shipping company in the world. One of their strategy is to build huge ships.

Although their net loss mounts at US$-286 million as of this writing, the company is still valued at US$7.37 billion with a revenue of US$4.9 billion.

Established in September 1885, NYK Group was an outcome of the merger between Mitsubishi Mail Steamship Company and Kyodo Unyu Kaisha.

Their integration resulted into the adoption of its present name, the Nippon Yusen Kabushiki Kaisha (NYK Group).

Starting with 58 steamships, the company expanded its fleet to 702 vessels with offices in 61 countries and regions. They employ 34 thousand people in Europe, Singapore, the US, Africa and Japan. 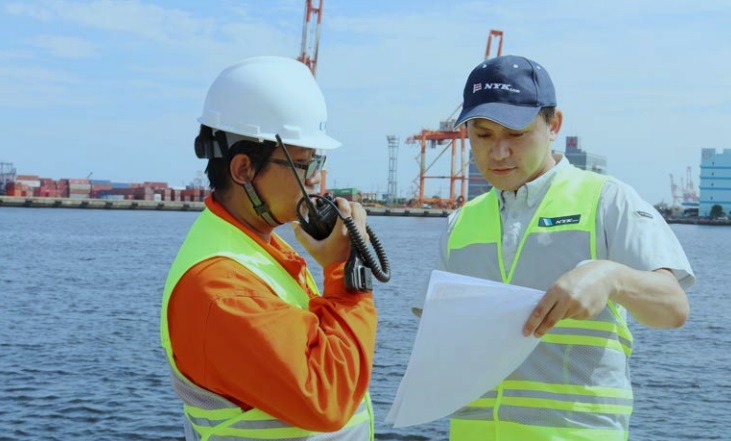 NYK operates container ships, bulk carriers, tankers, car carriers and multi-purpose carriers. If you want to buy this company, its worth (enterprise value) is about US$12.28 billion.

This gives them the eighth spot as the world’s largest shipping company in the planet.

From time to time, NYK offers maritime scholarships to deserving cadets. It would be an honor to work in the 8th largest shipping company in the world. 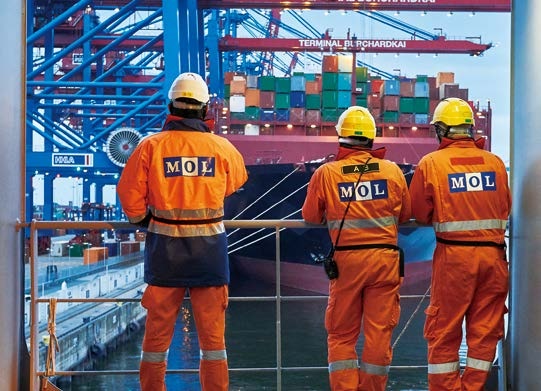 Currently, it owns the second largest fleet in the world with 815 ships. These figures helped them reached the 7th largest shipping company in the world.

The company is worth US$12.45 billion with a trailing twelve month revenue of US$1.33 billion.

Despite the coronavirus pandemic battering the cruise industry, the Norwegian Cruise Line Holdings Ltd. still managed to bag as the 6th biggest shipping company on earth.

Company Value and No Sail Order

Like all other cruise companies, NCL Holdings suffered massive revenue drop because of the “No Sail Order” imposed by US Government.

However, it secured a USD2.2 billion additional liquidity which is enough for them to get through 18 months of zero revenue.

NCLH still managed to bag USD4.65M in revenues but with a negative net income of –USD2.02 billion.

This company transports 12 million TEUs (twenty-foot equivalent units) per year to 600 ports in Asia, Europe and North and South America. 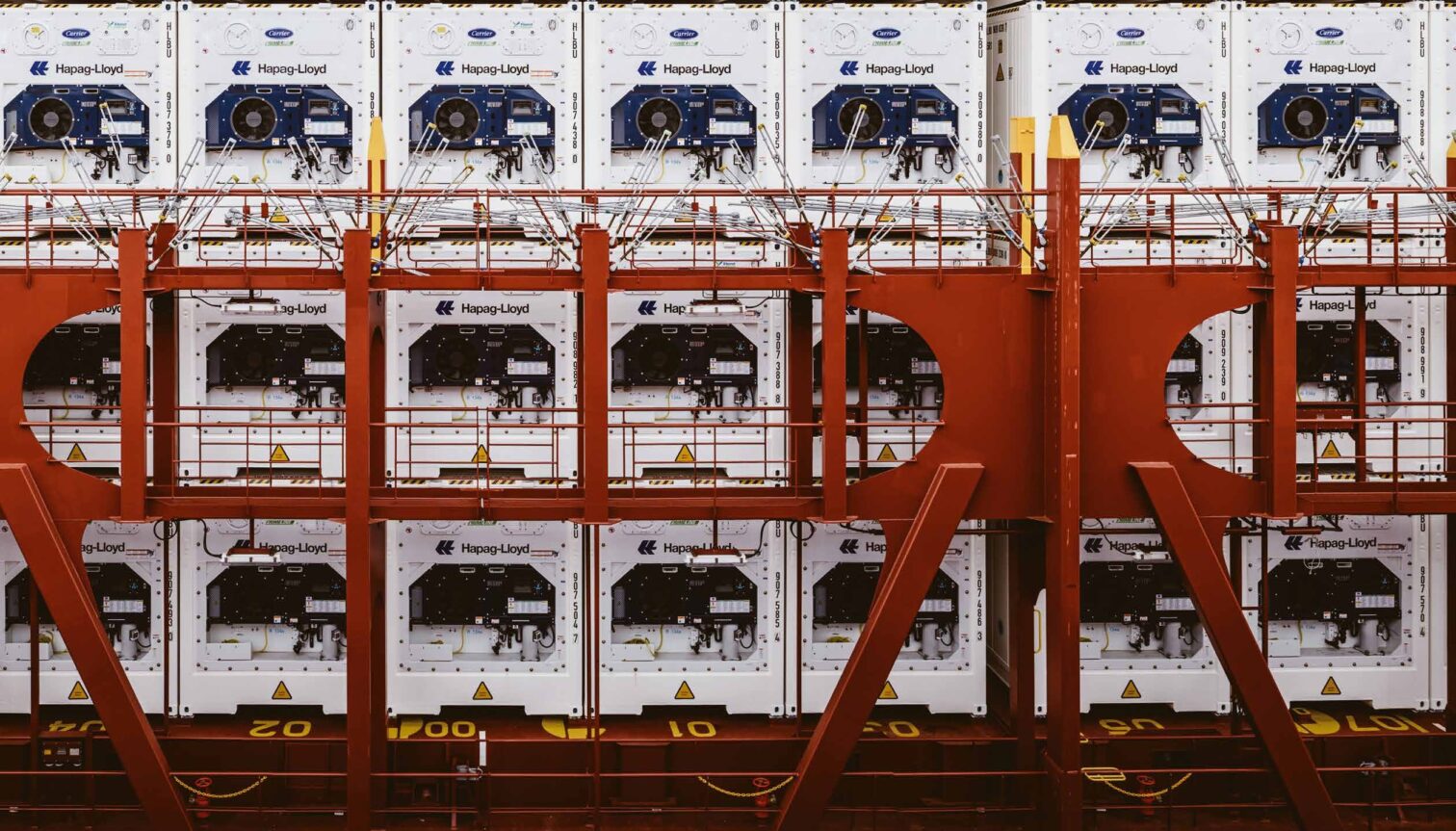 With an enterprise value of USD18.61 billion, the company managed to earn US$15.12 million in revenue and a positive net income of $597M.

Last 2019, COSCO Shipping handled shipping volume of 25.739 million TEUs representing an increase of 2.7%. It was also included in FORTUNE China 500 which topped at 75th on the list.

Even with the pandemic, COSCO managed to rake US$1.5 billion in net income after taking US$23.54 billion in revenues.

If you want to buy this company, you have to be ready to prepare US$22.65 billion dollars (enterprise value).

As the second largest cruise ship company in the world, Royal Caribbean Group was also severely hit by the coronavirus.

RCG’s enterprise value stands at US$29.66 billion dollars with a market cap of US13.14 billion. The company suffered a net loss of US$ -4.16 billion from its revenue of US$4.69 billion. 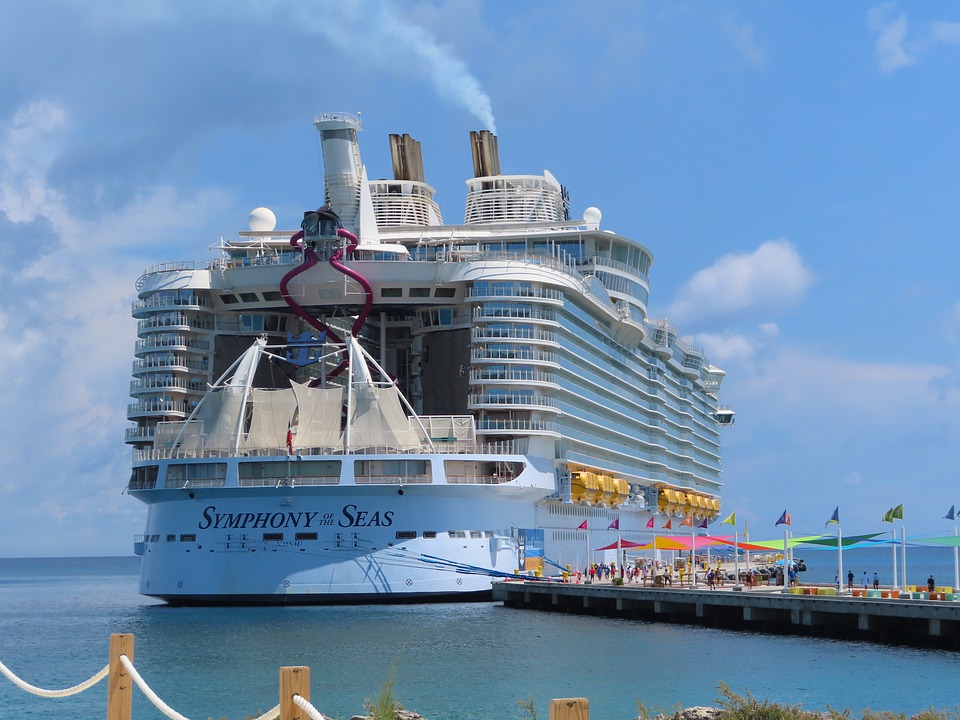 Symphony of the Seas owned by Royal Caribbean Group is the largest cruise ship on the planet. You can track where this vessel is right now using various ship tracking websites.

As of July 2020, this company owns other cruise lines:

Carnival Corporation is supposed to be the world’s largest cruise ship company in the world until the coronavirus hits. Their combined fleet totals 87 vessels across 10 cruise line brands.

Some of their cruise brand include the following: 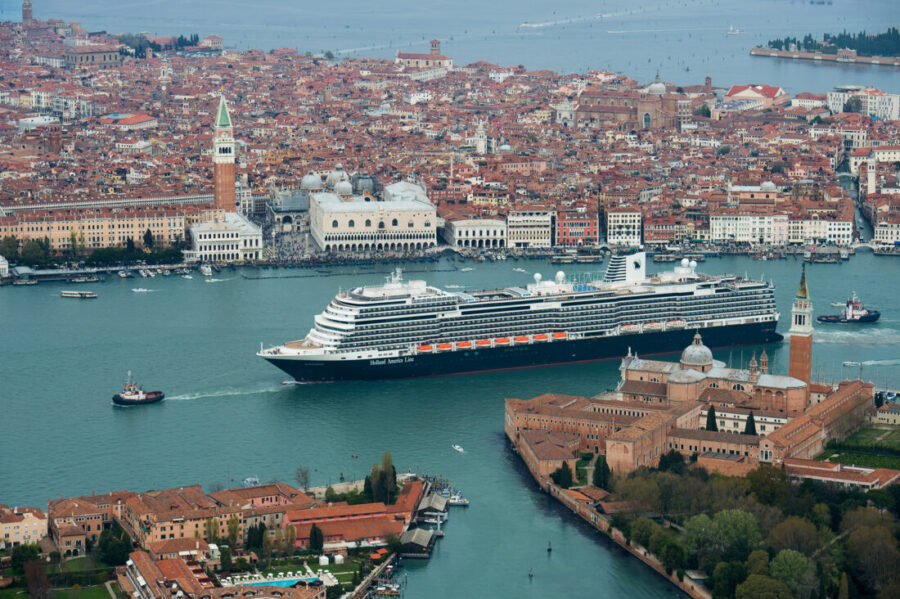 Because of the pandemic, their net income is down at US$ -7.49 billion with only US$10.3 billion in revenue. The company is priced at US$30.65 billion making it the 3rd largest shipping company on the planet.

If you wished to work in the largest cruise ship company in the world, their subsidiaries have various manning agencies. You can get in touch with them. by sending applications online.

Now before we go to the biggest shipping company on this planet, let us first explore two other large companies which may come within the top 5.

These two are the Mediterranean Shipping Company (MSC) and the CMA-CGM Group. Both companies are giants in the container shipping industry. 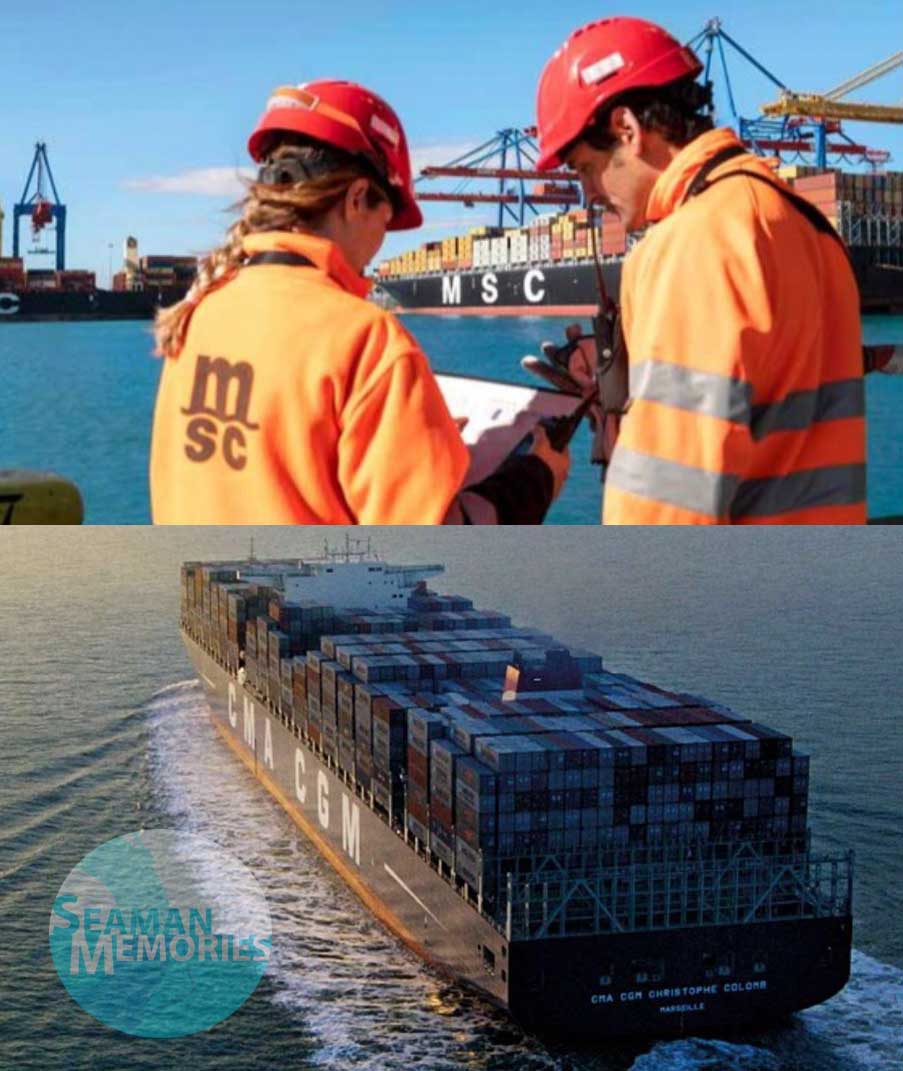 As per Alphaliner Top 100, MSC ranked the 2nd largest and CMA-CGM in the 4th place. Their respective market share stands at 16% and 12.1%.

The reason these two are unranked among the largest is because their financial statements are not visible enough to the public.

All other companies here can be found online and are publicly listed that’s why its easier for me to find them. But these two are not.

However, I still vouch them to be within the top 5. I just don’t have the numbers yet.

And now, the one who sits from the top for more than 20 years…

The company had gone many mergers, acquisitions and sale of its subsidiaries. In 2017, A.P. Møller Maersk sold Maersk Tankers to APMH Invest. They also acquired Hamburg Sud that same year.

A year after, they sold Maersk Oil to Total S.A. 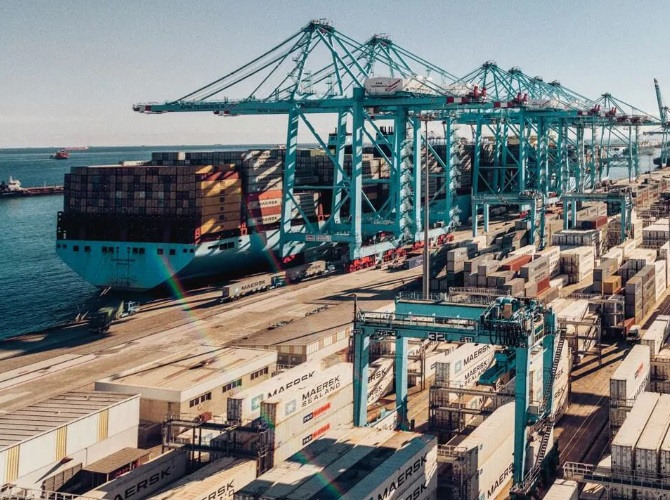 Even with the series of sale on some of their subsidiaries, A.P. Møller Maersk still holds the title of the largest shipping companies in the world.

In the container shipping alone, they rank number one with a market share of 17.0% moving 4,099,382 TEUs worldwide.

The company is valued at US$44.28 billion with revenues amounting to US$32.21 billion. Despite the pandemic, this Danish giant gained US$1.06 billion net income for the last 12 months alone.

Rankings here could change anytime as the numbers are dynamic. A company’s share price is changes every time as it is publicly traded. Hence, this too affects their market cap which in turn has huge impact on the enterprise value.

Anyway, a company’s size, no matter how big, is not directly proportional to a seaman’s salary. There are small companies giving hefty salaries and bonuses to their crew.

However and as per observation, the largest shipping company has one of the best benefits offered to their mariners.

Table of the Largest Shipping Companies in the World

Working for the biggest also brings prestige and honor. Its a good feeling when the company we are sailing with makes positive headlines.

Are you working with the top ten largest shipping companies in the world right now? Tell us your experience.