Checklist 101: Top Seven Qualities That Women Should Look for in Marrying a Seaman 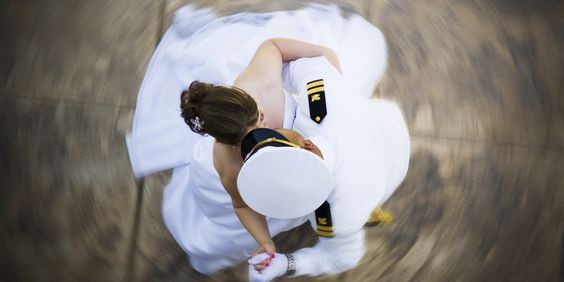 Sometimes, it’s not about the money that counts. Women marrying a seaman are no longer interested in their income alone. They are now practical in choosing their better half. Men having the looks of a prince sashed with stable job and high pay is a top consideration. With killer looks and a work-abroad profile, seafarers have an upper hand when it comes to choosing a partner.

But before saying yes to putting a ring in your finger from your sailorman, you might wanna dig deeper and see whether he has the X-Factor hidden behind his looks and profiles.

I filtered out the top qualities that women should consider in marrying a seaman. Check and read this out.

A seaman should have vision for his future. To find out about this, ask him where he will be five, ten or fifteen years from now. This might sound like a job interview but it would be better if you inject this during your dream-sharing dates. More importantly, he should be able to provide you with details and timelines about how he wants to attain his goals. A seaman envisioning a life together with you and your kids after ten or fifteen years of sailing is a big check.

One day millionaire. This is the brand that seafarers receive whenever they are on vacation. Most seafarers do not like it but to everyone’s surprise, we are living up to that expectations! We have this buying and spending spree. Its normal for seafarers to have a propensity to spend during their first few days of vacation. This is because we want to make up for the lost times with our family and detox our system against the monotony, stress, loneliness , pressure and boredom that our work exposes us.

Now here’s the juicy part. If your seaman puts a stop limit to his expenses and follows his budget dutifully- come hell or high water, then rest assure that he is working out his finances for a better future.

Being budget conscious is great especially if your seaman pays his bills on time, manages his training expenses and plans his purchases very well without getting into debt until his next contract. Or if he has debts, he creates a plan on paying it in due time. An added bonus to this is when he is able to set aside a portion of his salary for investment purposes, for his self-improvement or education.

When it comes to financial literacy, some seamen rank low on this subject. This is because financial education is not taught in school. When your seaman starts to invest his resources on self-education to tackle the different investment opportunities around him, he may be the type of guy who thinks of retiring early from his career to spend most of his time with his family.

Notice it or not, your seaman have lots of plans for businesses and investments going around his head. His desire to build one strengthens during the times when he went broke or got battered by a heavy storm on board.

For some reasons, this burning desire weakens after his three or nine-month contract. Well, maybe because his pockets are too heavy that it’s dragging him down to lethargy. Other reasons include contentment, lack of know-how or unwillingness to take risks.

If your seaman is one of those who works hard on board and works harder for his goals while on vacation, you can bet that his actions are focused on building a reality not overseas but with his family- and soon, with you.

Because of the distance, women marrying a seaman often find themselves alone and in doubt. There is a saying among seafarer that goes, “Every port, report and every place, replace”. That may be true at some point but the modern seamen of today are getting wiser and more loyal with their loved ones.

When asked if he would like to take a woman in the bar during the night, the only reply I heard from the cadet is, “No, I love my girlfriend!”

So ladies, not all seamen are womanizer and not all womanizers are seamen. Out there, seamen usually spend a lot for internet just to communicate with you.

To redefine that old adage, “Every place, we replace our sim cards so that every port, we can report to our wife!”

“Honesty is the best policy.” These words from Benjamin Franklin echoes to different areas of our lives including the relationship we have with our partner. Telling lies will only breed more lies. It is better to tell the truth so that you won’t have to rethink and remember all the words you said. You just have to recall the exact events and tell it again.

If your seaman made a mistake and faithfully confesses it to you, don’t think negative of him. He tells you the truth hoping that you would understand him and gives him a chance to repair his fault. You should be glad about it because he is opening his self to you.

Admitting ones sin is divine but being dishonest just to create a divine image is unthinkable! Again, it breeds more dishonesty in the future.

Because you will be spending hundreds of thousands of miles apart, he should be able to connect with you by tickling your funny bone and melting your heart with love sent overseas.

Being able to connect means that no matter the distance, you two are capable of showing love with each other. Not only love but also your dreams, hurts, passions and concerns. Marrying a seaman is difficult but if both of you work things out and communicate very well, the barrier that long distance brings may be shortened.

Remember the song, “Magkabilang Mundo” by Jireh Lim? It is full of feels showing the connectedness of two lovers distances apart. Just like you and your seaman.

There are other qualities out there that I have not mentioned.

These are but only a few of the many lists each individual sees to his mate. If some of the cited qualities are not exhibited by your seaman today, you can help him acquire these traits as it can be learned. It would also be helpful if both of you start developing those qualities and assess each other in your level of progress.

Got any special traits about your sailor that I missed to discuss? Comment your ideas here so others can learn from you before they say yes in marrying a seaman.