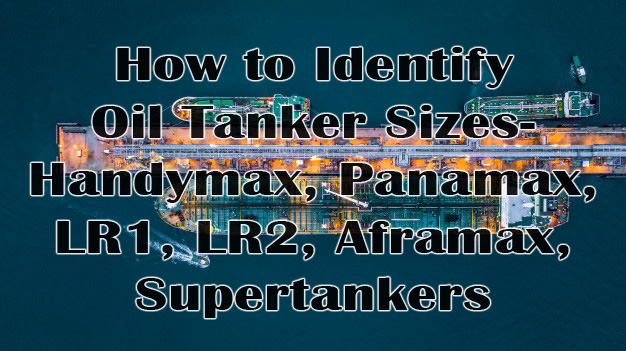 Oil tanker sizes and designs have gone through many changes over the centuries. The very first tankers were sail-driven. They were built in river River Tyne, England.

There were no official regulations by that time. As long as it doesn’t sink or got caught on fire, the vessel didn’t evolved much. However, they do evolved due to increasing demand and better safety designs.

Today, we have sophisticated tankers of various sizes and capacities navigation anywhere in the ocean. These ships sail while complying various regulations with the bottom line being safe and seaworthy.

Before we understand the creation of various oil tanker sizes, let us first dive into a short history of oil tankers.

When oil was discovered, their main mode of transport was through barrels. However, they prove to be problematic- easily broken, can only be used once and expensive.

The barrels alone account for half the cost of petroleum production in 1860s.

Then comes the two-sail driven tankers in UK which is followed by Vaderland, the very first oil-tank steamer in 1873. Further development sprang back and forth in Europe and the US each design slightly better than the other. 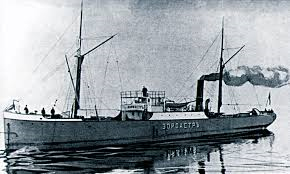 The very first modern oil tanker which utilizes “liquid in bulk” storage was the Zoroaster. It was 56 meters long, 8.2 meters wide and a daft of 2.7 meters.

Built in 1878, the vessel utilizes hull steel design and two iron tanks for holding 246 metric tons of  kerosene cargo. It also had ballast system for stability. This was a major breakthrough in the oil tanker shipping market during the early days.

Zoroaster was built in Sweden and could sail from there to the Caspian Sea via the Baltic Sea and various canals and waterways.

Though Zoroaster was a success, further developments even followed to address newly discovered problems. The sizes of tanker ships also grew due to the increasing demand for oil.

At the same time, regulations were developed to deliver harmonized standards in shipping and ship construction. Varying degrees of accidents like oil spills, collision and grounding were considered even before oil tankers were built and during their operation. 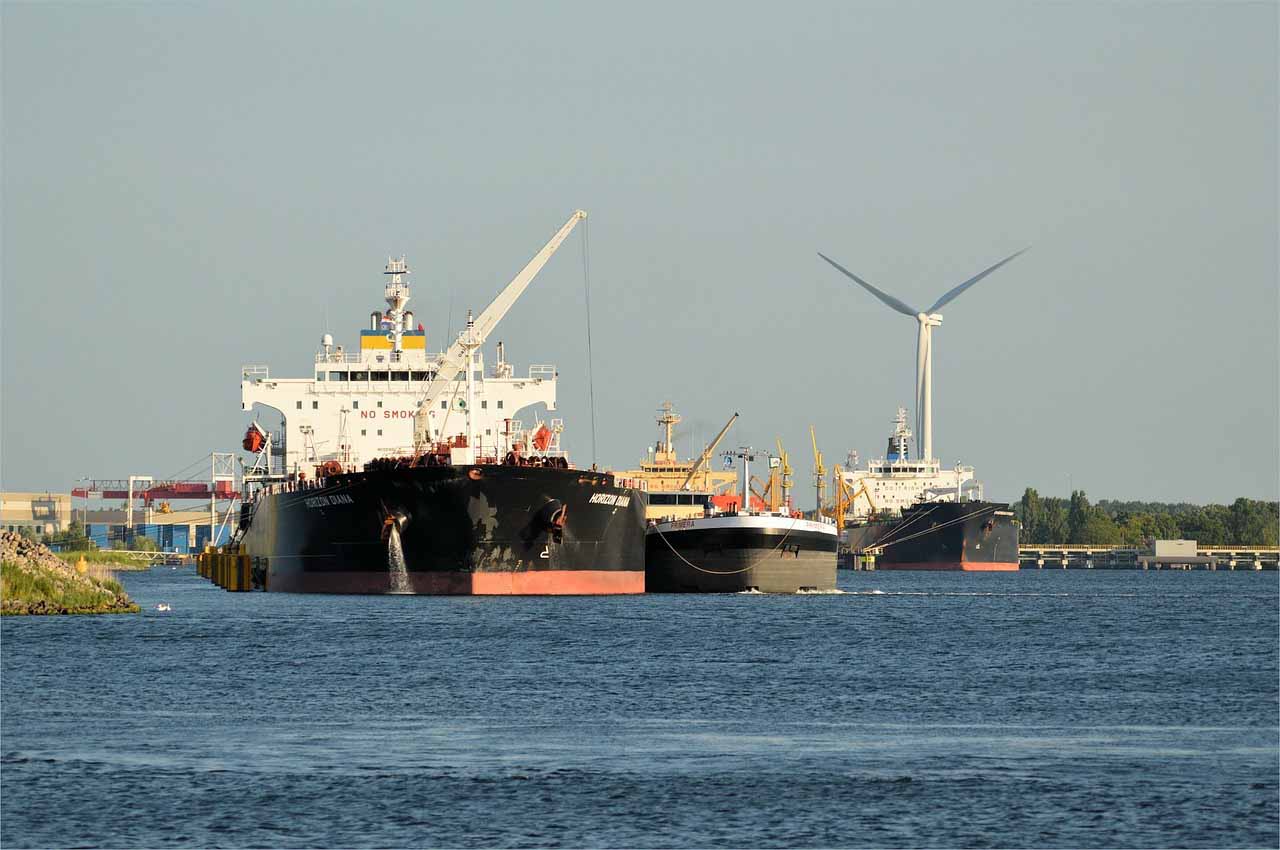 The bridge is equipped with state of the art tools for safer navigation. Today, even some companies are experimenting on autonomous ships.

The creation of super tankers into the market redefined the way we transport oil.

There are many different kinds of tankers around the world. Their designs vary depending on the cargo they carry and the trade area they operate.

For this article, we will be focusing on oil tankers and their various sizes.

Generally, there are two basic types of oil tankers. Let’s discuss them below. 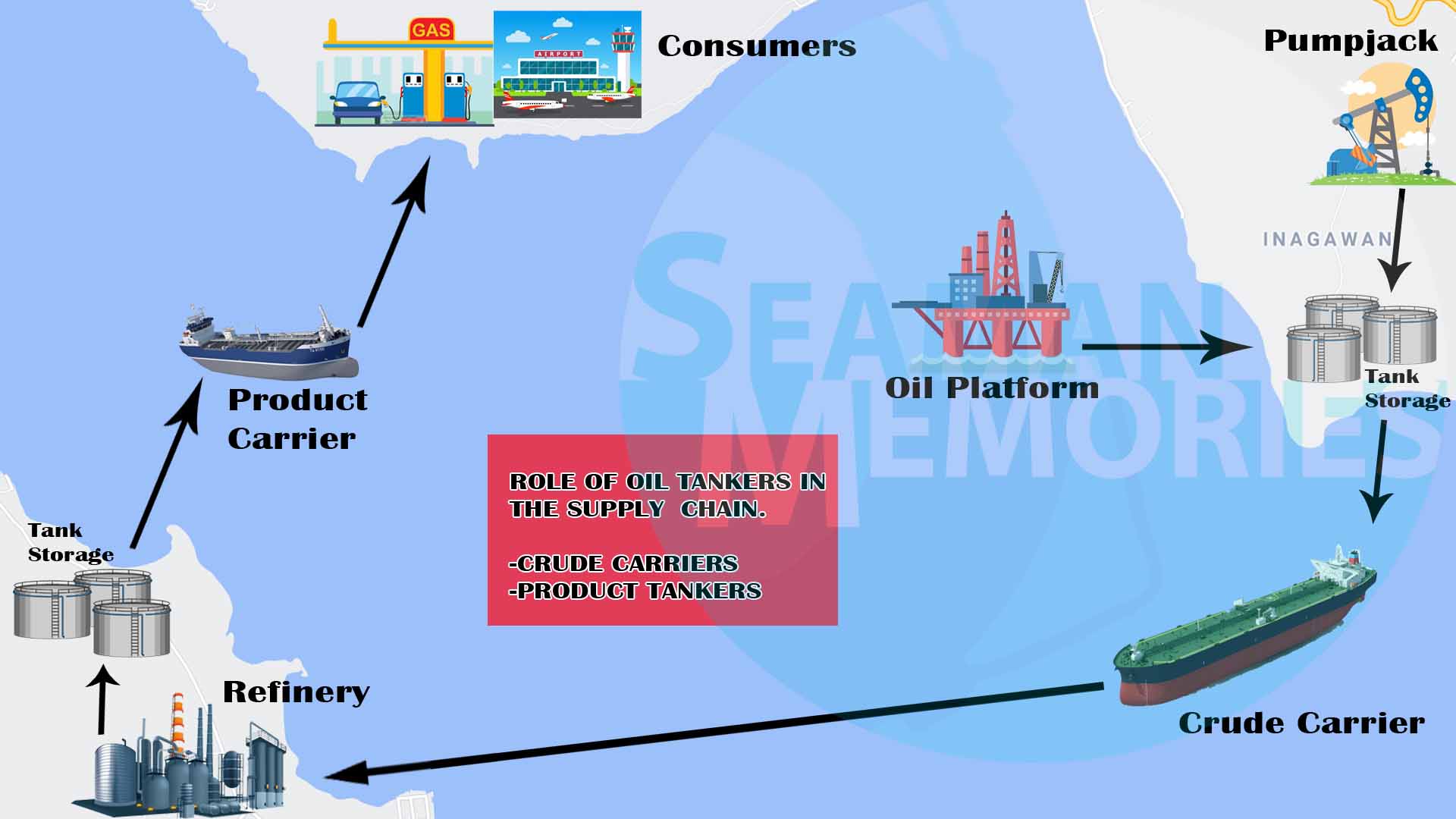 Product carriers are designed to transport refined petroleum products from one port to another. Basically, they get their cargoes from refineries and deliver it to the consuming market.

Thus, product tankers are built big enough to fit into ports and waterways like that of Amsterdam and Belgium.

CPP are sometimes called white cargoes. They are more refined and ready to use while others are used as raw materials for further product composition. 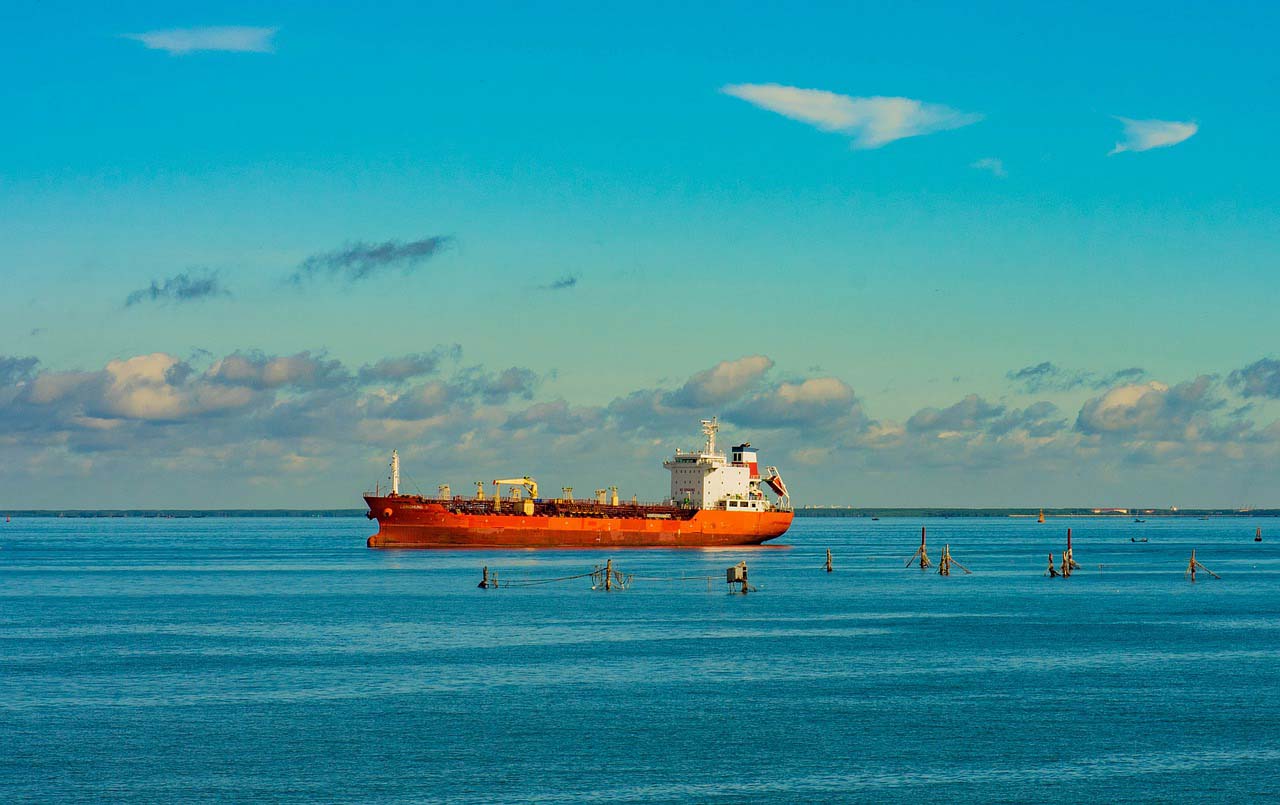 Good examples of Dirty Petroleum products are fuel oils. Product carriers can carry crude oil as well. Stick with me and we will discuss more details further down this article.

Crude oil is a non refined liquid petroleum composed of hydrocarbon (HC) compounds. It is found under the earth’s crust and is a naturally occurring fossil fuels.

It is sometimes called “black gold” because it produces many other products once refined.

Simply put, Crude Tankers, also called Crude Carriers, are oil tankers specifically built to carry crude oil. Since crude oil is the “Mother of all Petroleum”, countries around the world need this cargo to run their machines. 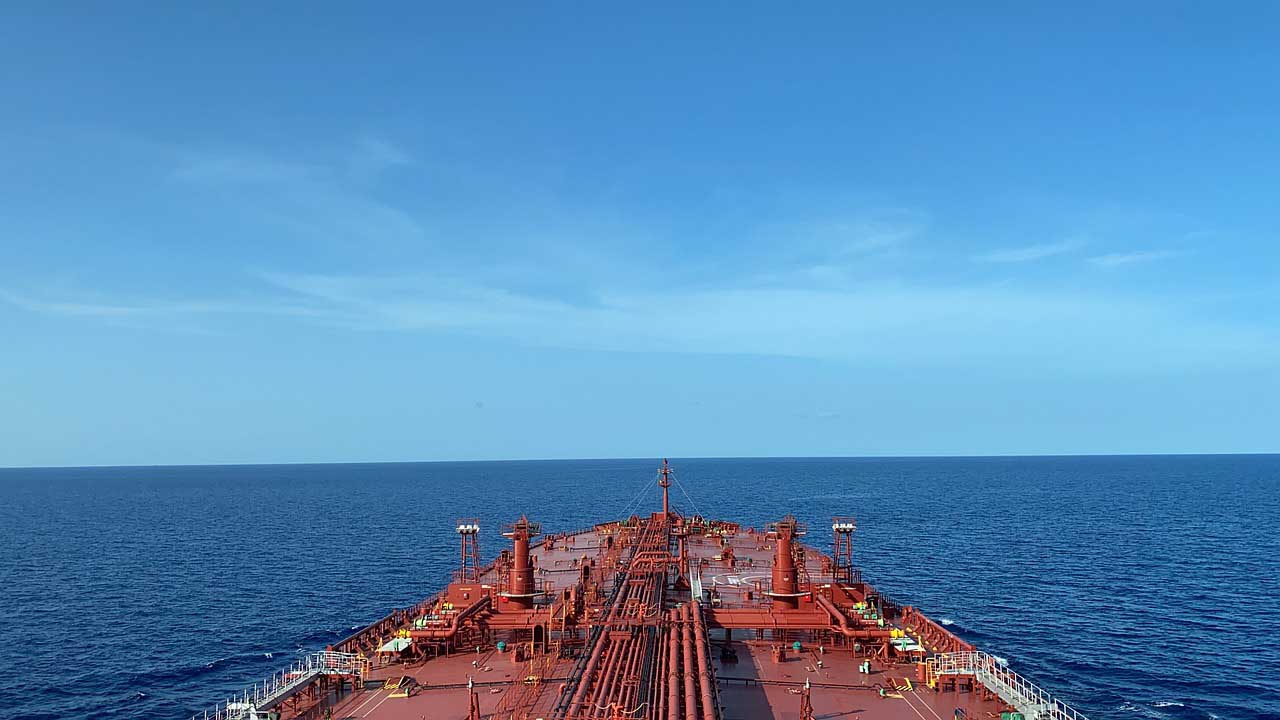 Deck of a crude oil tanker.

Product and Crude Tankers are categorized according to their sizes measured in deadweight tonnes (DWT). Like I mentioned before, let’s discuss them one by one.

GP Tankers are the smallest class of tankers with sizes ranging from 10,000 dwt to 24,999 dwt (deadweight tonnage).

They carry refined petroleum products and are considered to be very versatile. Due to their size, they can maneuver in inner waterways deep within rivers and locks.

They are perfect for navigating in channels and canals which poses draft and size limitations. 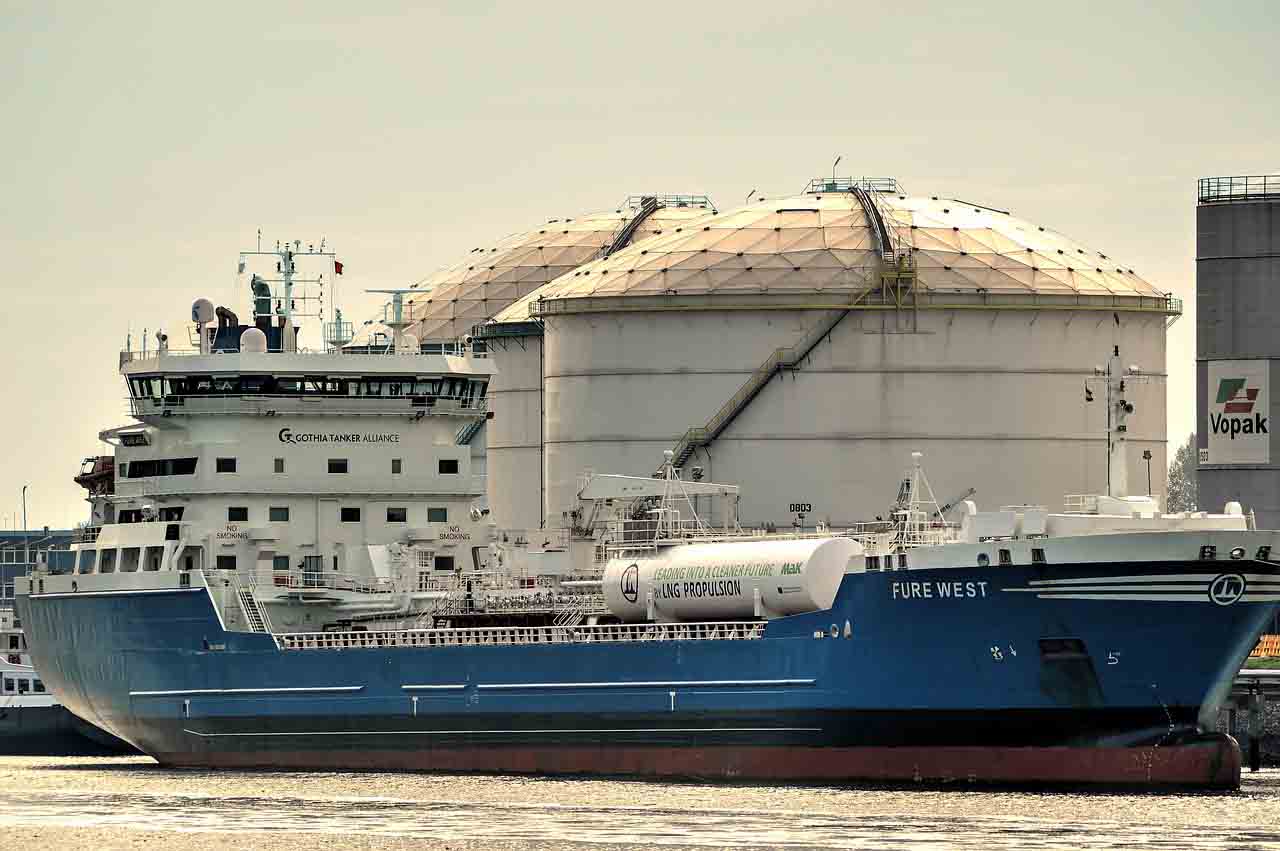 Handysize tankers are similar to GP tankers when it comes to versatility and maneuverability. They have sizes between 25,000 dwt to 41,999 dwt.

Much like GP Tankers, they are also flexible due to their sizes. However, they can be very complex in their design. Handy size tankers are also designed to carry multiple grades of product including chemicals.

Thus, these types of tankers can jump between clean petroleum products (CPP) and various chemical cargoes. 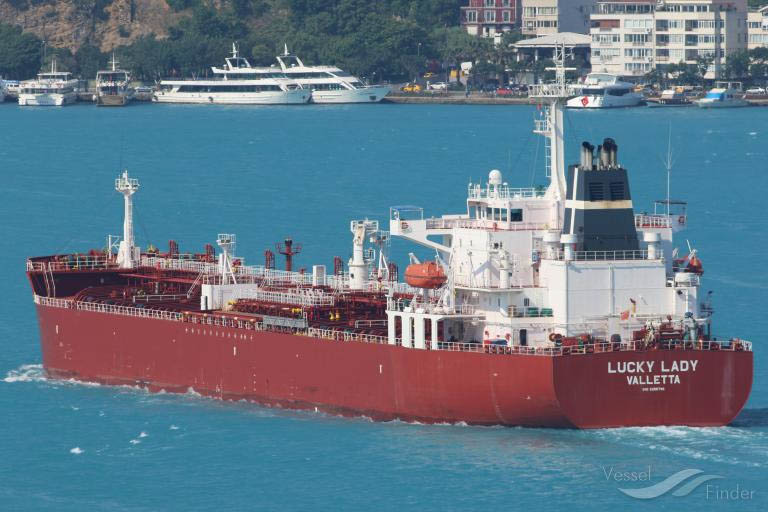 Medium Range Product Tankers have similar built and design with the handysize ones. But they are bigger in size, which comes between 42,000 dwt to 59,999 dwt.

They can also carry white cargoes and chemicals due to their tank coating designs. However, their size limits them from entering small inner waterways.

MR product tankers are so widely named because they are often used to service medium distance trades like Europe to US or Caribbean to US. 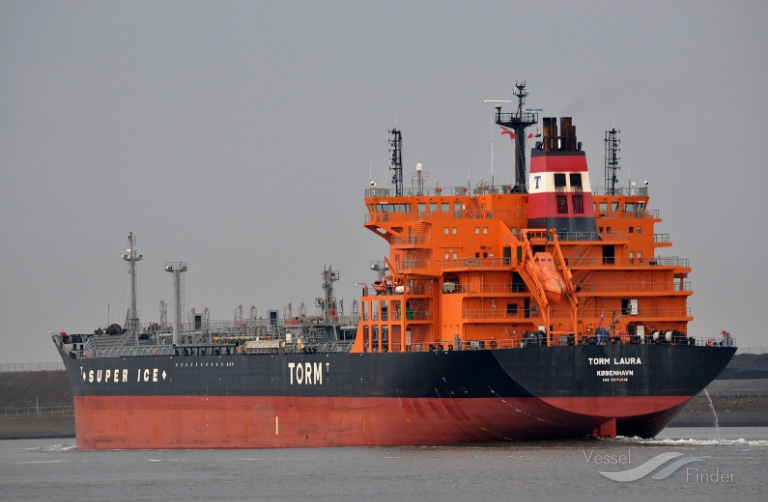 As the name suggests, LR product tankers trade their cargoes between long distances such as Middle East to Asia and sometimes to Europe.

Their size ranges between 60,000 dwt to 84,999 dwt. It is named LR1 because the next scale, which is also bigger, is categorized as LR2. They both travel long distances.

LR1 carries clean petroleum products as well as DPP. In many port of the world, LR1 is the largest product carrier that can fit in terminals due to draft, deadweight, length or beam limitations. 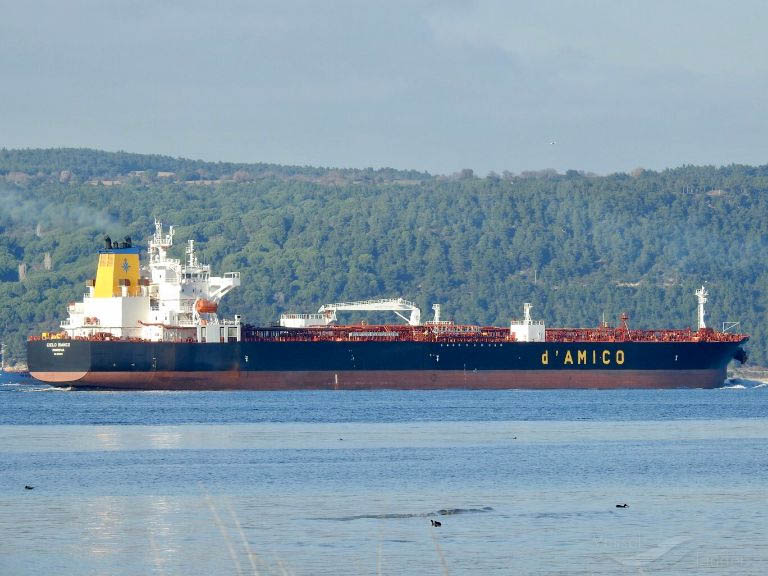 Just like LR1, LR2 also trades long distances  and services DPP as well due to their tank coating.

For this reason, LR2 competes directly with Aframaxes on key dirty trades. Aframaxes on the other hand cannot compete with them for white cargoes due to the lack of required tank coatings.

In 1990, Asian refiners were were unable to keep up the production of naphtha as a raw material for plastic production. Long range product tankers (LR1 And LR2) were used to meet the demand by importing from the Middle East. 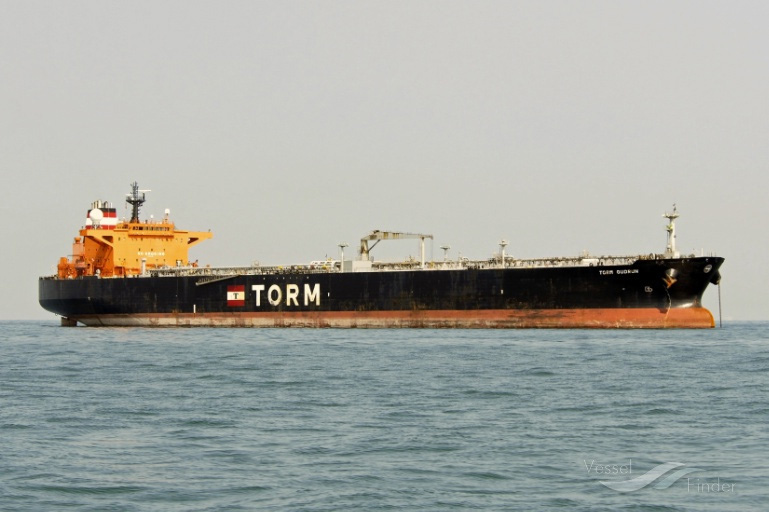 For a start, crude tanker fleet includes three “maxes”. The max means its the maximum size limit that that is able to pass a certain canal.

Hence, Panamax crude tankers are ships which have dimensions big enough to transit through the Panama Canal in fully loaded condition.

The canal’s parameters are 320m X 33,5m X 12,5m (Length X Beam X Depth). With the rehabilitation of the Panama Canal, a new breed of ships are born which is refereed to as Neo-Panamax.

If they are capable of carrying refined petroleum products, they are named as LR1 tankers which are now product tankers.

You may have noticed that Panamax and Suezmax are named after a place. However, Afra isn’t a place you can find anywhere.

That is because Afra is an acronym which stands for Average Freight Rate Assessment system. It is a billing system used by the oil tanker market using the weighted average of all chartered tonnage within a period of time.

Aframax vessels were born to due to size constraints when larger vessels entered into the high seas. With a size range of 85,000 dwt to 124,999 dwt, they are the counterpart of LR2 for product carriers.

Suezmax are the largest tankers capable of crossing the Suez Canal in fully loaded condition. They are 125,000 dwt to 199,999 dwt in size.

Since the Suez canal has no locks, Suezmax vessels only need to comply with restrictions of draft which is 20 meters, height of 68 meters and maximum beam of 77.5 meters. 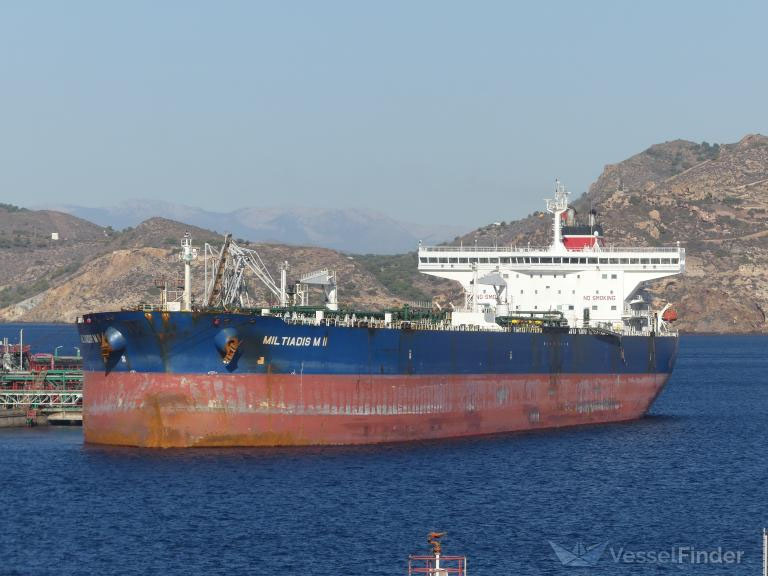 Now we enter the supertanker class.

VLCCs were created to meet the growing demand of global oil. They are responsible for carrying most of crude oil shipments around the globe.

Their main trade routes are between large oil producing areas such as Persian Gulf, North America, Europe and major markets in Asia.

Currently, there are 810 VLCCs in the world according to Statista. 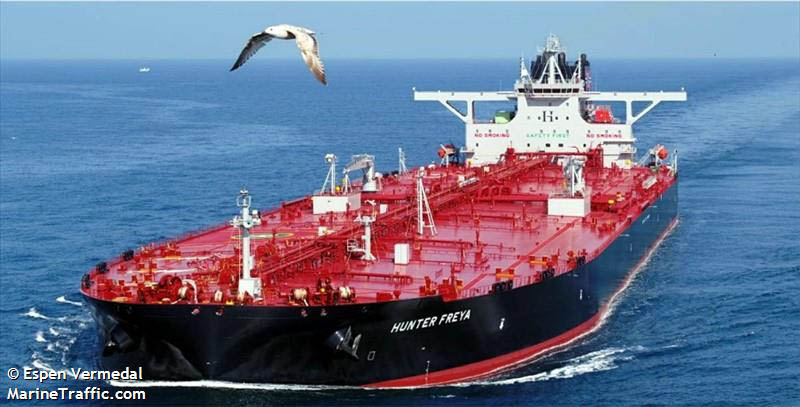 ULCCs are the largest ships ever built with sizes above 320,000 dwt. Huge are an understatement in describing these ships. They are behemoths at sea.

Together with VLCCs, they are called supertankers due to their immense size.

Speaking of their size, a ULCC carrying three million barrels of oil has her cargo worth nearly USD200,000,00 considering the price of WTI crude per barrel of USD66.3.

The largest ULCC ever built is the Knock Nevis, which was later on named Mont until it got sold into scrap last 2009. 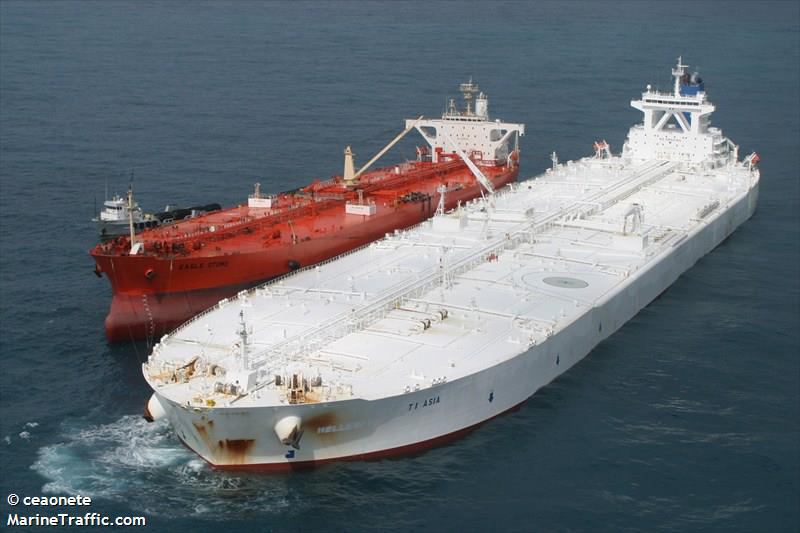 Oil tankers serve as the “oil” that runs the global economy. As a seafarer, I work in Handymax types mostly trading within Europe.

May  the winds be in your favor?