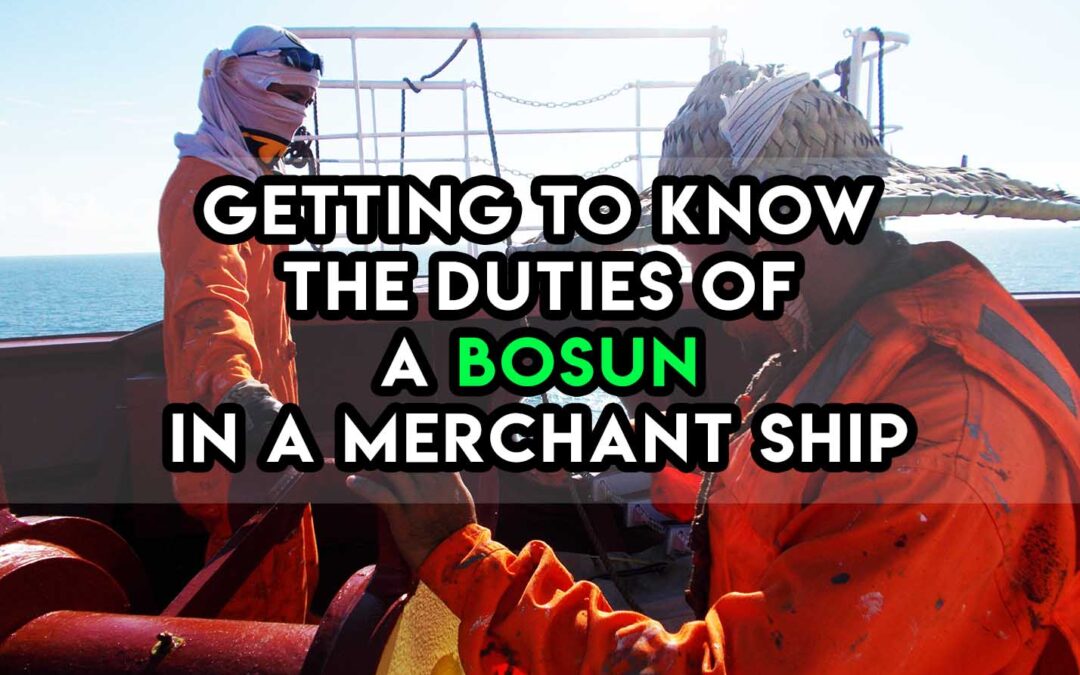 A Bosun is an unlicensed head of the Deck Rating Department. He is primarily responsible for keeping the vessel’s hull in good condition.

Although he’s in charge of deck maintenance, he is also under the direction of Chief Officer and eventually the Master. His main duty is of organizing, delegating and supervising the tasks given to the ABs and OS.

Sometimes called the Boatswain, he actually comes with a few different names. He is also known as Bos’n, Boss, Bossie, Maestro, Teacher or Maestro Amo in Spanish.

In Filipino ships, he can be called Bokyo or any of the names mentioned above. But here, we will interchangeably call him as Bosun or Boatswain.

Movies Mentioning the Bosun or Boatswain

In most movies involving ships, the Captain is the one usually seen in action. Only quite a few films mention bosuns or even showed them played a big role.

The Finest Hours movie stars Chris Pine as a Boatswain’s Mate First Class of the US Coast Guard. During a bad weather, his team rescued the crew of Pendleton T2 oil tanker which broke into half.

In The Pirates of the Caribbean: The Cursed of the Black Pearl, Bo’sun is shown with Barbossa and Elizabeth Swann. 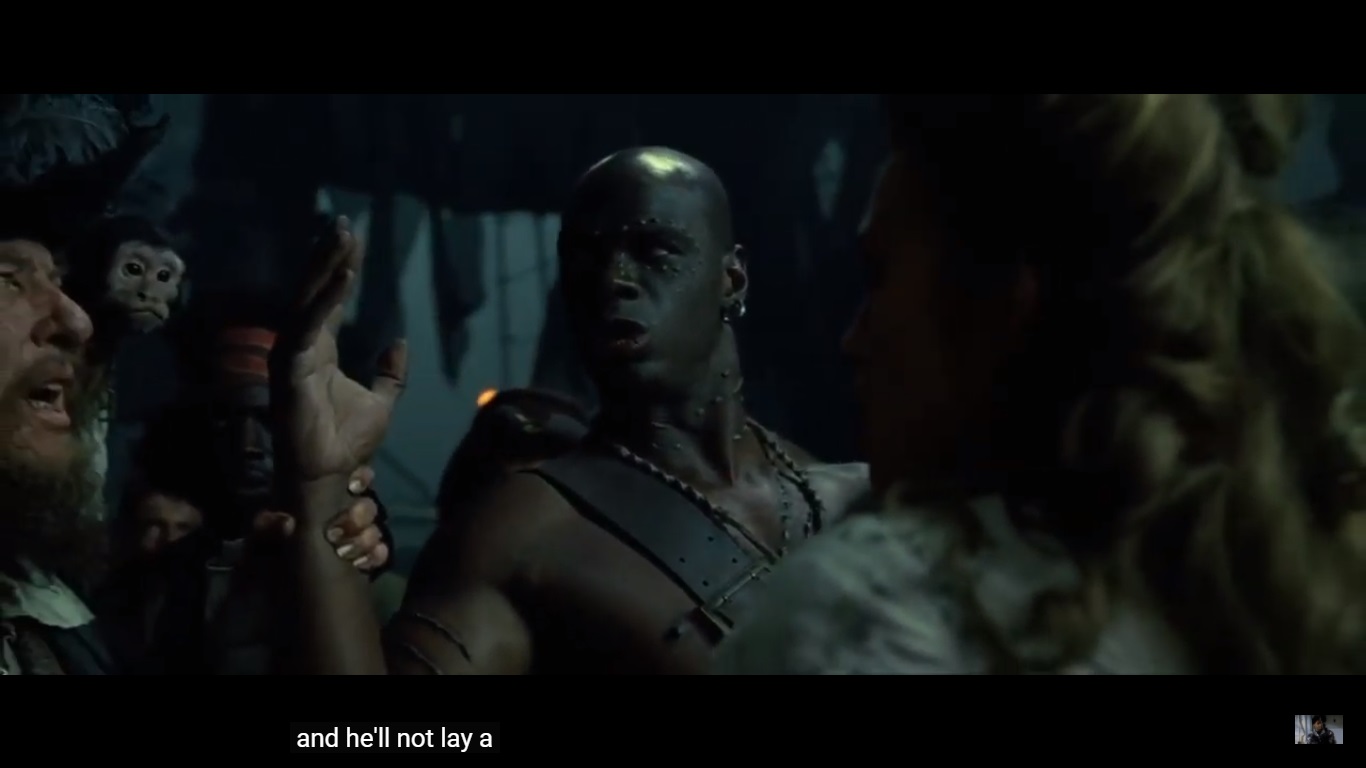 Still in the same series, Joshamee Gibbs or Master Gibbs, a subordinate of Jack Sparrow, is also a former Bosun of the British Royal Navy. 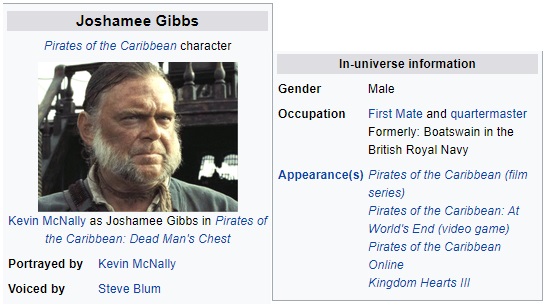 What Does a Bosun Do?

The Bosun is deemed to be the most experienced or skillful of all the deck crew. He must know different knots, hitches, bends, paint applications, working aloft and many other tasks on board.

Depending on whether the ship is at sea or in port, the Chief Officer normally gives the day’s job.

A typical day at sea would start something like this:

Before eight o’clock in the morning, the Bosun goes to the bridge to meet with the Chief Mate. There, they plan and discuss the job for the day including a short recap of yesterday’s work.

The two of them takes everything into account including the state of weather, overdue jobs in the maintenance plan and even drills. The bottom line of all these is safety while performing the work.

Once he gets the job orders , he meets with the deck crew- the Able Seamen (AB), Ordinary Seamen (OS) and the Cadet.

There, he delegates the work to the right person taking consideration of their skills and experience. The most skillful crew usually performs the most challenging duties.

This includes working aloft in the mast, ship’s side, under the bridge wings and many others. The Bosun is also primarily involved in these tasks while overseeing it at the same time.

After delegation, a boatswain’s duties becomes supervisory, making sure the activity is carried out safely and properly.

he is the go-to help of his fellow crew mates or even the officers with respect to jobs on deck.

Want to know where a certain tool is located? Ask Bosun! A crewmember or an officer broke something on deck? Call Bosun. Need to ask what kind of paint to use in the ballast tank? Go to Bosun!

That’s right. He is the go-to help of his fellow crew mates or even the officers with respect to jobs on deck.

A bosun’s duties revolve around the deck area. Normally, he is a day worker which means he is working from 8am to 12noon and 1pm to 5pm. He may also be called outside working hours especially if there are special jobs that need to be done.

In some small ships, the bosun may have watches in port.

He is directly supervised by the Chief Mate when it comes to the general maintenance of steelwork and compartments.

However, he may receive direct supervision from the deck officer during maneuvering and cargo operations.

Here some of his duties and responsibilities: 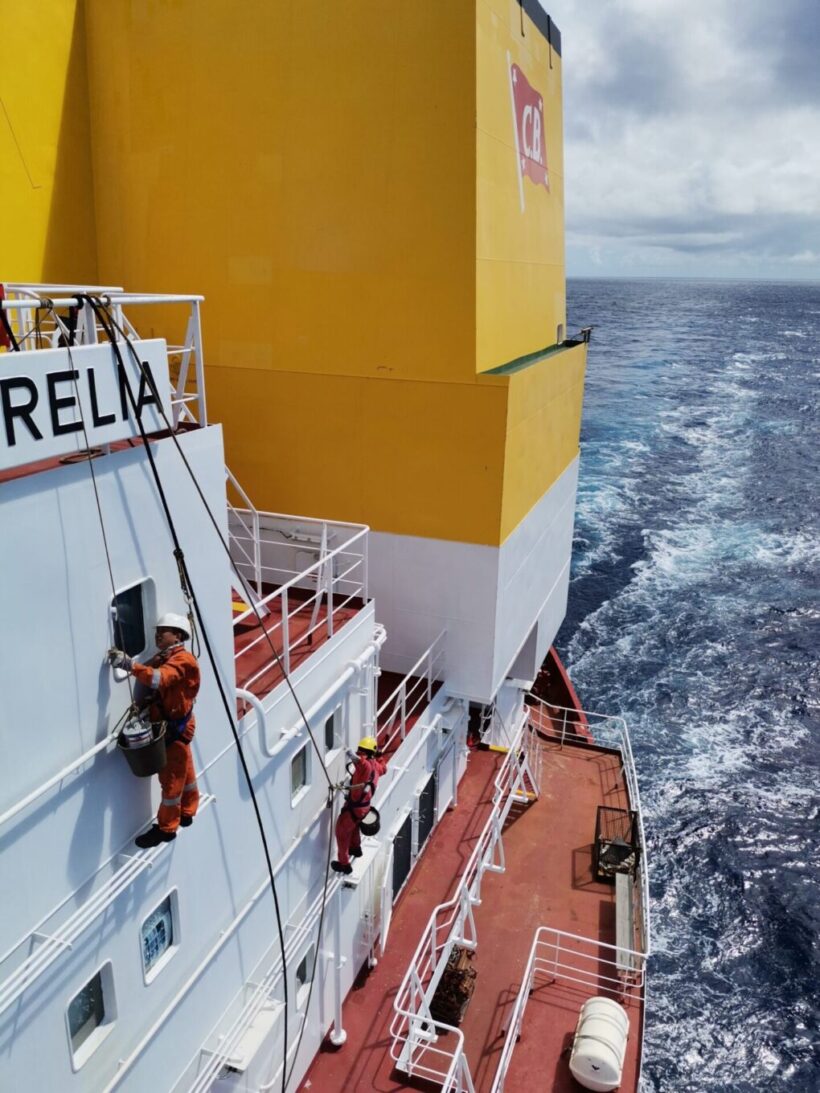 Deck crew working around the accommodation.

Aside from the duties listed above, he is also the connecting link between deck crew and officers.

There are instances that the deck ratings has some valuable insights or suggestions but are not sure if their ideas are good. Or its a good idea but they don’t know how to approach the officers or the management level.

In this case, the bosun is their spokesperson and is expected to have a balance view of the outcome.

Drills and other Duties

Since the job description above is not exhaustive, the Master at his discretion may assign additional duties for the safe and smooth operation of the vessel.

For example, when the ship passes or goes into pirate-infested areas, the Bosun may be given watch duties at sea or in port.

In case drills or emergencies, his duties are posted in the Muster list. A station Bill is also posted in his cabin for him to familiarize.

There is no hard and fast rule when it comes to his duties and responsibilities. On some ships, the bosun is a firefighter. On my previous the vessel, he is a member of the Technical Squad.

His main duties is closing the ventilation, preparing fire hoses and boundary cooling. That’s why it is very important to check the Muster List prior signing on to any ship.

How Does Someone Becomes a Boatswain?

During my first time on board, I met a few people who said that one of the skills necessary to become a bosun is to tie a Bosun’s Chair!

But more than that, experience is one of the determining factor in becoming one. Next comes training certificates and a go signal from the Captain and the company.

Much is expected of you when you are a Bosun. You must have the skills and initiative especially during critical times and emergency.

But first, let us look at how someone advances and becomes a bosun.

A seafarer starts from many different paths. Some begin their career as Messboy, Deck Boy, Cadet or OS. Any of them can become a Bosun if they choose to.

After becoming an Ordinary Seaman, his next promotion in the Deck Ratings Department is the Able-bodied Seaman or AB. That is after he shows enough skills with steering, watchkeeping and sufficient knowhow in deck works. 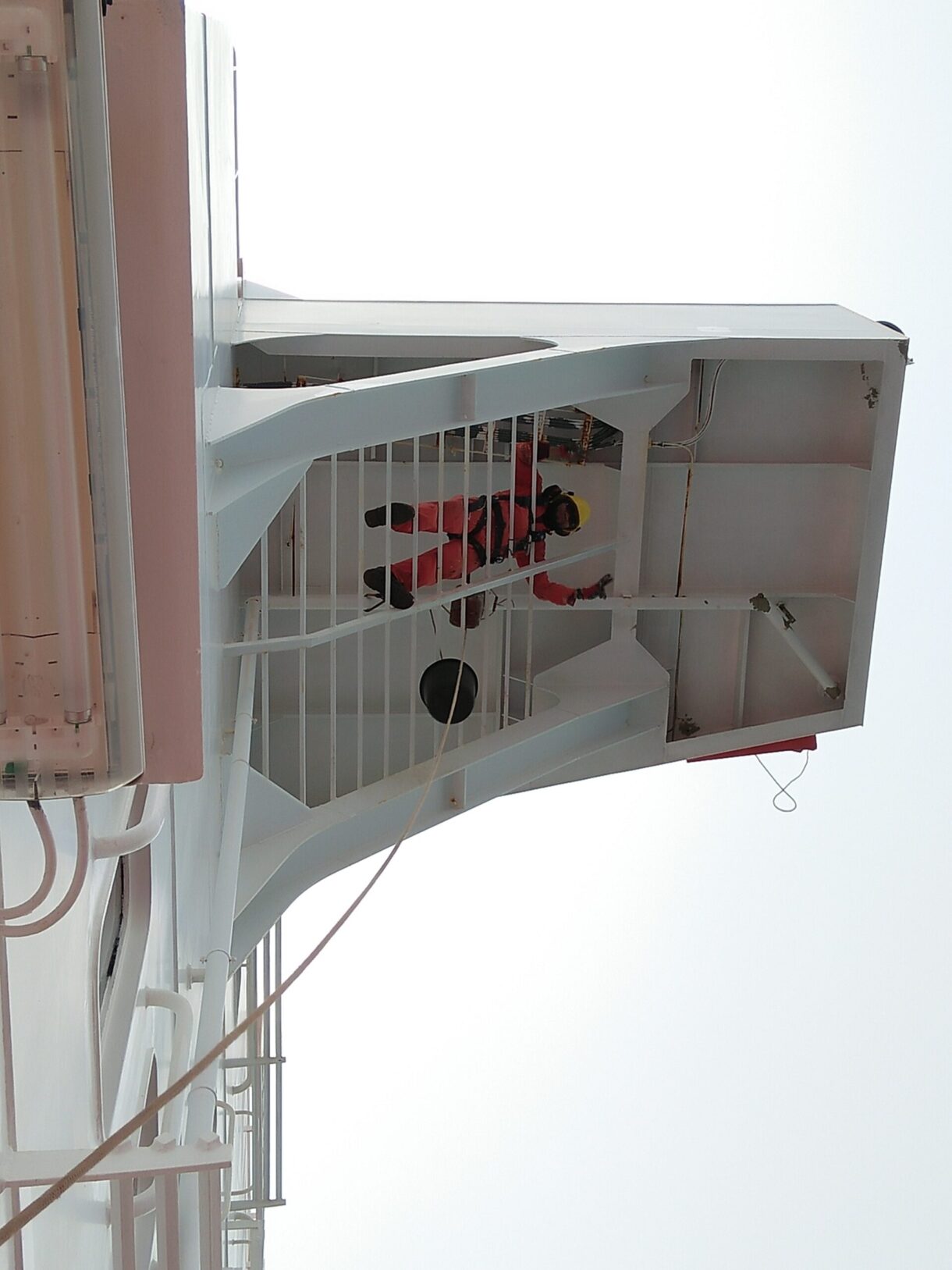 Bosun working under the port side bridge wing.

An AB’s next career advancement is either an Officer (if he has license), Pumpman (on tanker ships) or boatswain.

Before becoming a boatswain, he must show his seamanship skills to his fellow crew, the Chief Mate and Captain. Usually, they will observe his knowledge on various deck works including paint mixing and application, surface preparation, use of tools and knots and splices.

Moreover, they will evaluate his crew organisation skills, communication skills and the strength to keep calm and focus under tension. These abilities are built through time and experience.

Experience is a very crucial factor. People on board can see who is ready to get promoted by merely observing someone’s work performance.

How Much is a Bosun’s Salary?

One of the motivation why an AB wants to become a bosun is the technical know-how of the job, readiness for responsibility, an increase in salary or a combination of all three.

Boatswain’s salary is determined by the type of ship. Tankers tend to give higher offers than bulk carriers and yachts. Additionally, company salary arrangement, union guidelines and nationality of the crew plays a role in their wages.

I’ve written an article about seafarer’s salary including wage variation for different nationalities. On that post, the median monthly salary of a bosun on tanker ships is USD2,275.00. Product tankers offer the lowest at USD1,950 and Chemical ships with the highest at USD2,600.

The Bosun is an integral part of a ship. His tasks may look simple but there are jobs that need his expertise. Some of their initiatives make the work smooth and simple no matter how challenging it is.

I learned a lot of things from different boatswains even though some of them are tough and a bit challenging to understand. As what they always say, take the good and leave the bad behind.