What Does a Chief Officer Do? Duties, Responsibilities and Job Description 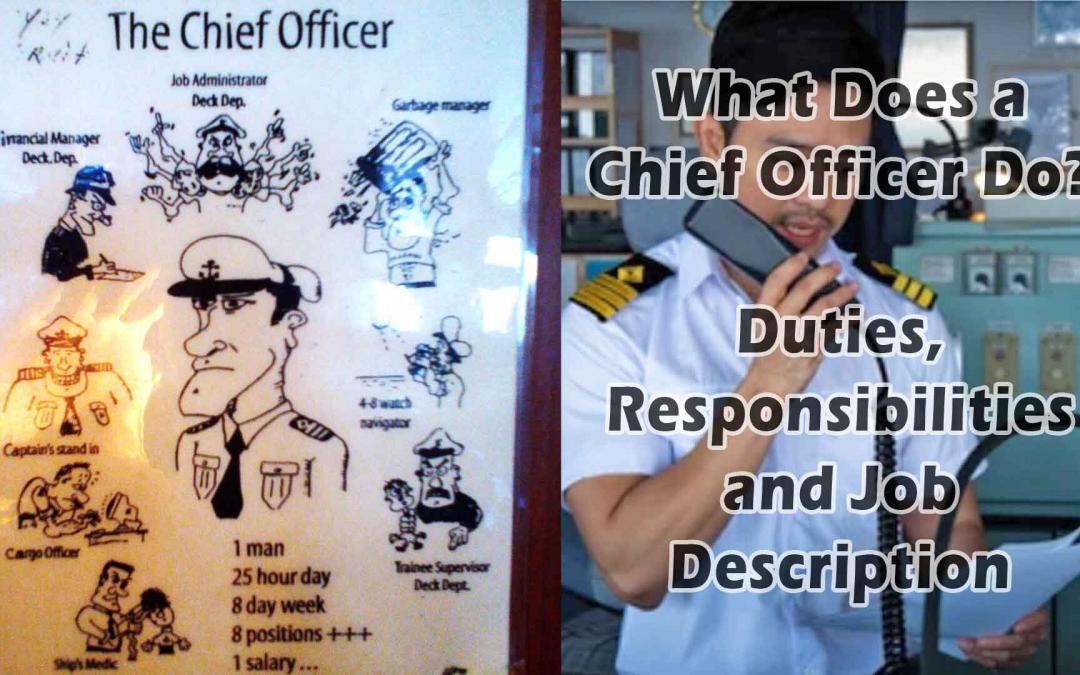 The Chief Officer, also called Chief Mate, holds one of the biggest responsibilities on board. He is the second in command after the Master.

That being said, he deputizes for the Master in the event of his absence or incapacitation.

Being a Chief Mate sounds cool. However, it is a very stressful position. From drills, to maintenance, to cargo operation and watch keeping, those are just some of his jobs.

In fact, a Chief Mate has the most duties on board. Even though his responsibility is second to that of the Master, his workload is much greater.

Whatever the Captain has in mind, he goes to the Chief Officer who implements and delegates it to the crew.

And yes, he is also called First Mate or First Officer. However, those titles are seldom used especially on merchant vessels.

The Chief Mate is one of the “Big Four” on board.

The other three are the Master, Chief Engineer and Second Engineer. They are called that way since they belong to the management level on the shipboard organization.

They do the thinking, planning and decision making. Whatever they come up with gets implemented on board down to the last man.

These four ranks also has the biggest salary among the crew on board.

The Chief Mate is the head of the deck department. He reports directly to the Master regarding jobs accomplishments and even work-related problems.

The list of his duties and responsibilities here are not exhaustive. Other shipping companies may have a version of their own. However, there is a core similarity that is immediately noticeable.

This article may serve as a starting reference to those who wants to pursue a career at sea. 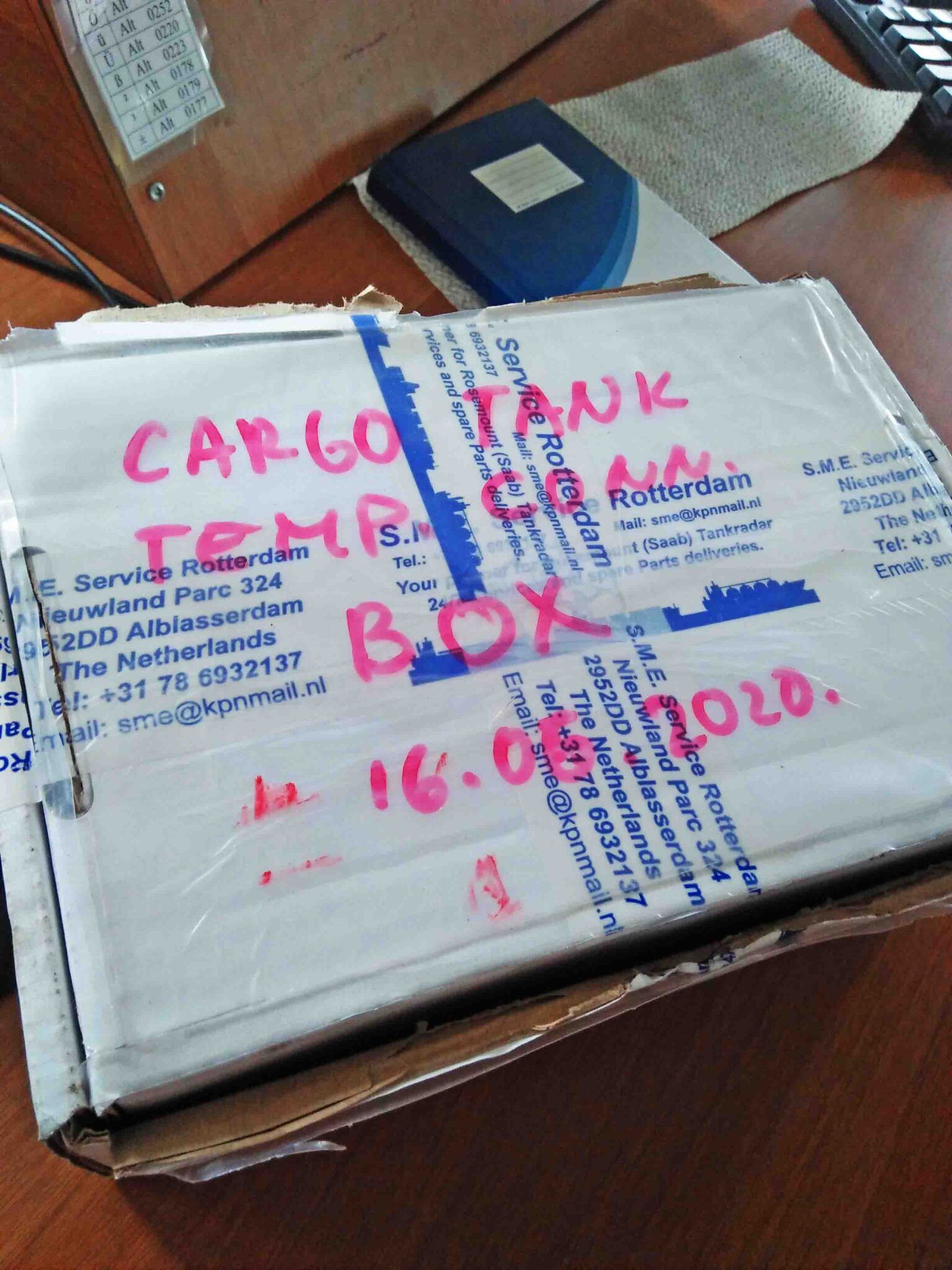 Ballasting and de-ballasting is also a part of his workload.

b) Loading, stowage, carriage and discharge of cargo in a safe and efficient manner.

f) Maintaining the Oil Record Book, Part II (for tankers ships), up-to-date and ready for inspection with the appropriate Authorities.

Most ships use a Planned Maintenance System (PMS) to have an overview of the jobs and their deadlines. this is  great tool for monitoring the work progress on board.

a) Maintenance of equipment is under his responsibility as well as cleanliness of the vessel. Cosmetic appearance of the ship is also under his control.

This is also one of the many jobs Chief Officers go crazy about especially during the end of a month. But it is very important since authorities seek records especially that of rest hours and overtime.

a) Requisitioning all deck/ safety stores, spare parts and consumables.

d) Organizing the ship’s office and cargo control room. This is done through keeping all files and records updated and in good order.

Aside from documentation, Chief Mate also engage in training his crew on the use of certain equipment.

a) Knowledge of the proper use of all safety and pollution prevention equipment. This includes gas detection equipment, safety lamps, breathing apparatus, ODM apparatus, etc.

b) He must also instruct and teach his subordinates of their correct usage.

c) The cleanliness and good housekeeping of all areas of the vessel. In particular are the accommodation and public rooms, deck areas and store rooms.

d) Discipline aboard the ship.

e) In charge of medical chest and provide medicines to crew.  At the same time, he must maintain relevant inventories/ records.

f) Responsible for maintenance of all fire fighting appliances.

h) Responsible for maintenance of all life saving equipment. 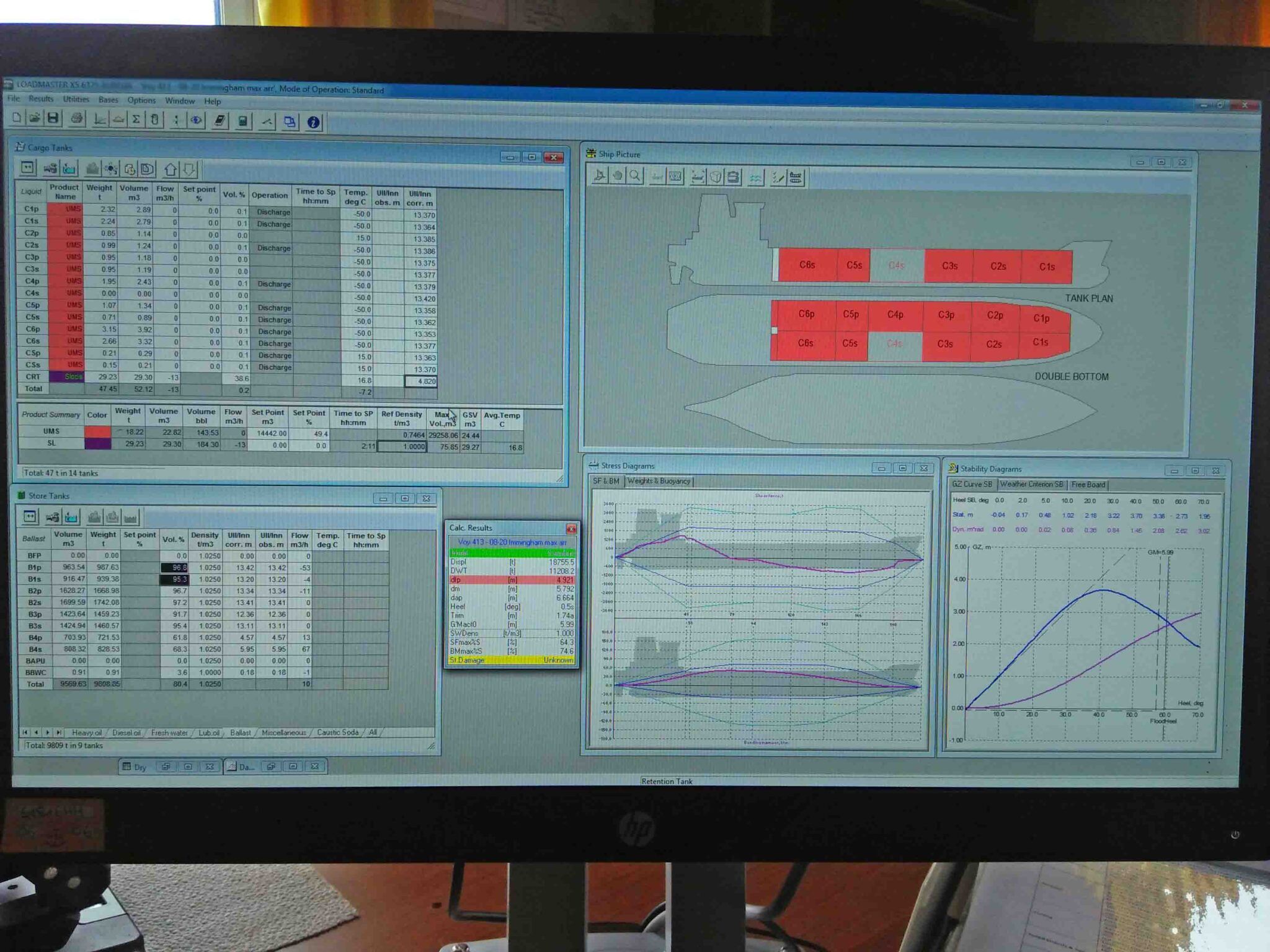 Some ships employ three Junior Officers. They usually take the watches while the Chief Mate works as a day worker.

But on some vessels, the Chief Officer also performs navigational watch.

b) He must adhere at all times to the requirements of the International Regulations for the Prevention of Collisions at Sea.

c) On top of that, he must take into account the ICS Bridge Procedures Guide, and the relevant orders issued from the Company and the Master.

d) For arrival/ departure, mooring/ unmooring, and anchoring, his position is forward and supervising operations.

e) If the Chief Mate holds a Master’s license or he is near to be promoted, he must be stationed on Bridge for training and familiarization purposes. This is most particular during critical operations (e.g. bad weather, transiting channels, heavy traffic, etc.).

f) Three junior deck officers on watch doesn’t excuse him of performing a navigational watch. In fact, h must do so from time to time. A good example is one navigational watch per week to keep him familiar with the Bridge procedures.

Other duties involve familiarizing with company manuals and publications. This enables him to get a good grasp of theoretical knowledge ready to be incorporated in his decision-making process.

a) To read and make himself familiar and comply with all procedures/ instructions manuals of the Company’s Management System.

b) To comply and be familiar with all international regulations involving the safe operation of the vessel. This is done through proper reading of various IMO publications (SOLAS, IMDG Code, ISPS Code, STCW, MLC, etc.)

c) In charge of hospital, medical chest and for keeping relevant logs and records. This duty can be delegated to a junior deck officer if Master approves. However, the Chief Officer will remain the responsible person.

This job description is not exhaustive. The Master at his discretion may assign additional duties to any Officer/crew member serving onboard. This is to ensure safe and smooth operation of the vessel. 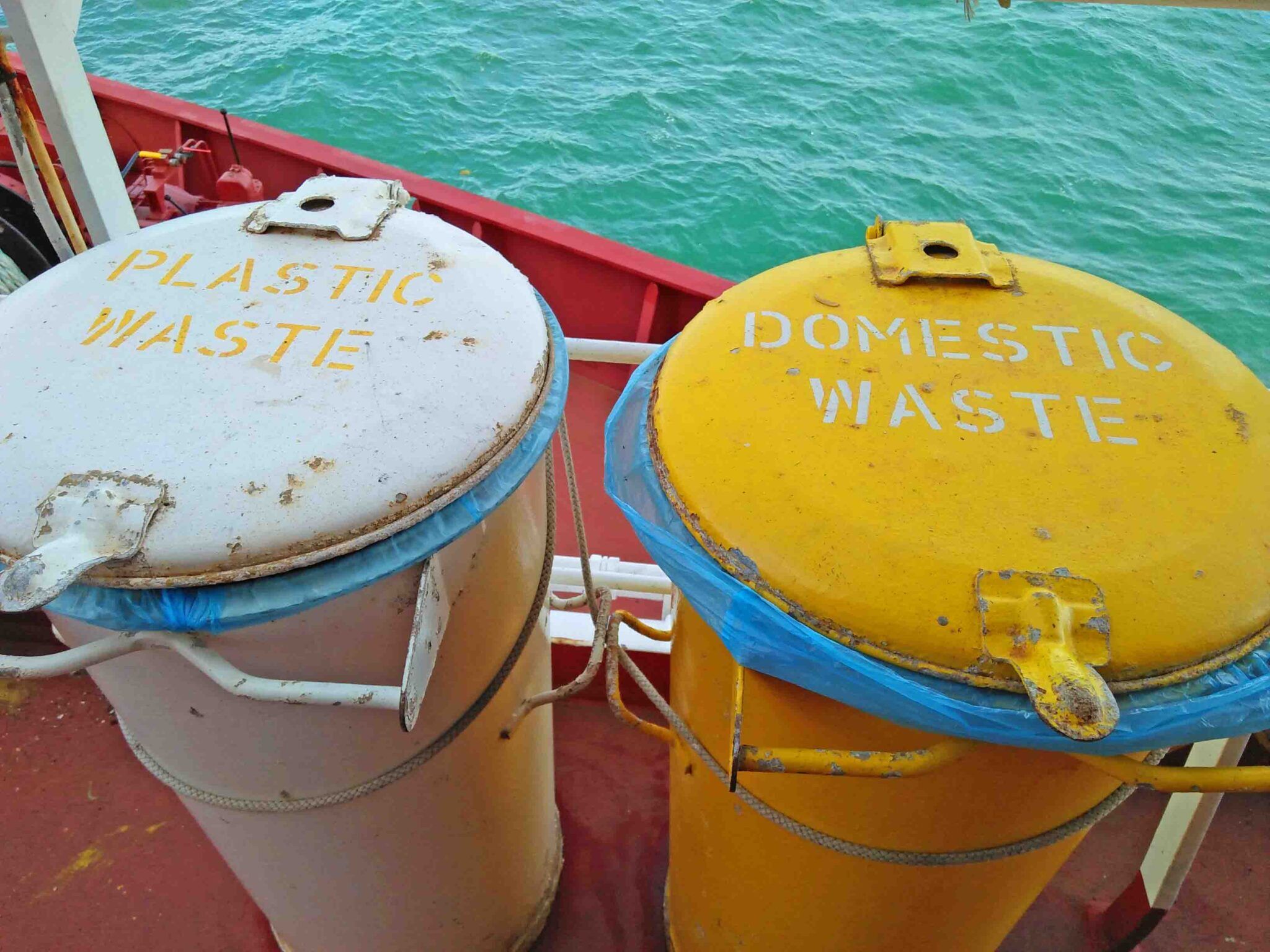 The Chief Mate implements proper garbage segregation on board.

Duties in case of Emergencies

Aside from the normal day to day operations of a vessel where the Chief Mate is involved, he must also know his emergency duties.

Thus, he must refer to the following publications on board.

Here are examples of his duties during emergencies.

a) Fire Alarm – Team leader if the fire happens on deck or inside accommodation.

As you see, the duties and responsibilities of a Chief Mate is huge.

His typical work day starts with giving job orders to bosun and pumpman. Those two will carry out that mission throughout the day.

Still, with all the paper works, training, testing and inspections on board, its easy to get overwhelmed on the job.

One of them jokingly said to me that his head started getting “shiny” several months after getting promoted.