How to Become a Ship Captain in the Philippines 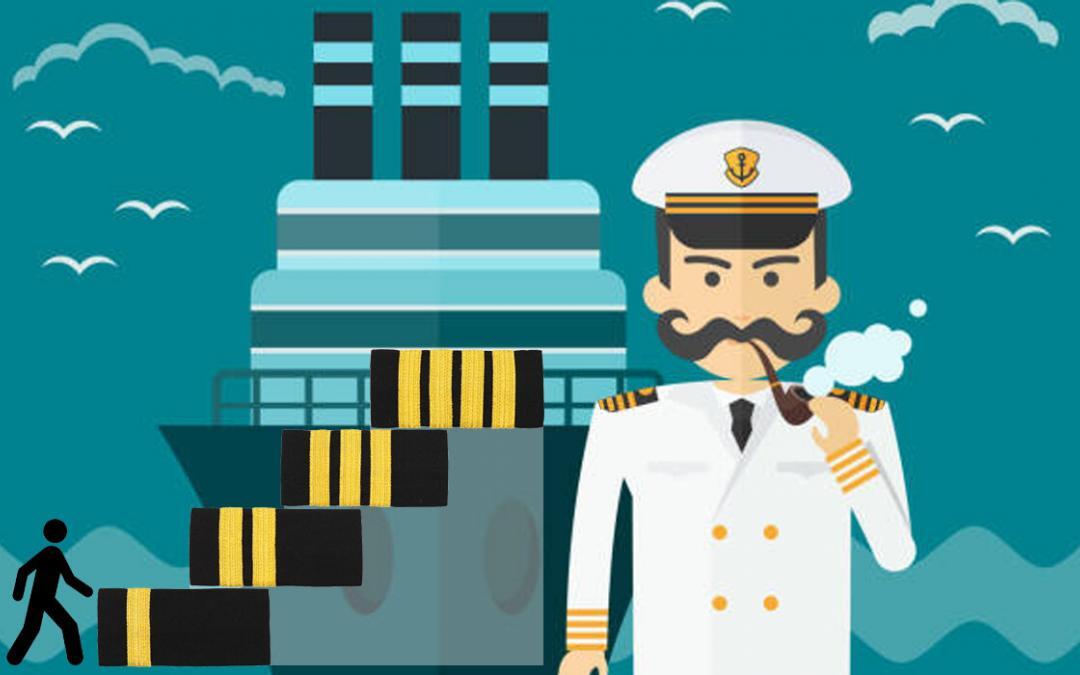 Becoming a ship captain involves lots of sacrifices in time, money and effort. The process is challenging because the job of commanding a vessel is serious.

Due to that responsibility, the master of a ship is compensated greatly compared to other crew.

A ship captain in the Philippines sailing on international vessels is one of the highest paid worker.

Aside from that, he enjoys other perks too. Company or charters give him free phone call vouchers, free internet, nice big cabin and many things.

Moreover, he gets to sail the world for free and use his income to explore the best cities his vessel calls to.

That’s one of the many reasons why many seafarers aim of becoming a ship captain.

Who or What is a Ship Captain

He is called by many names on board like Captain, Master or Old Man.

The captain of the ship stands at the top of the vessel’s shipboard organization.

He has the overall responsibility of everything that happens in the vessel. Thus, he must very well know his ship and his crew.

Whenever accidents happen, the “Old Man” is presumably held liable until further investigation frees him.

What Does a Ship Captain Do?

He’s always reading, writing and sending emails in his office.

Being the highest in command, he gets to do everything he likes within the bounds of law, of course. He can steer the ship like a helmsman or make holidays on Mondays.

Sometimes, he goes around the vessel looking for safety related issues or jobs needed to get done.

No, he does not own the ship. But he is the owner’s representative so everything he does is to the satisfaction of the owner.

He sends reports to various parties like the charterers, ship owners, operators, technicians and port authorities. 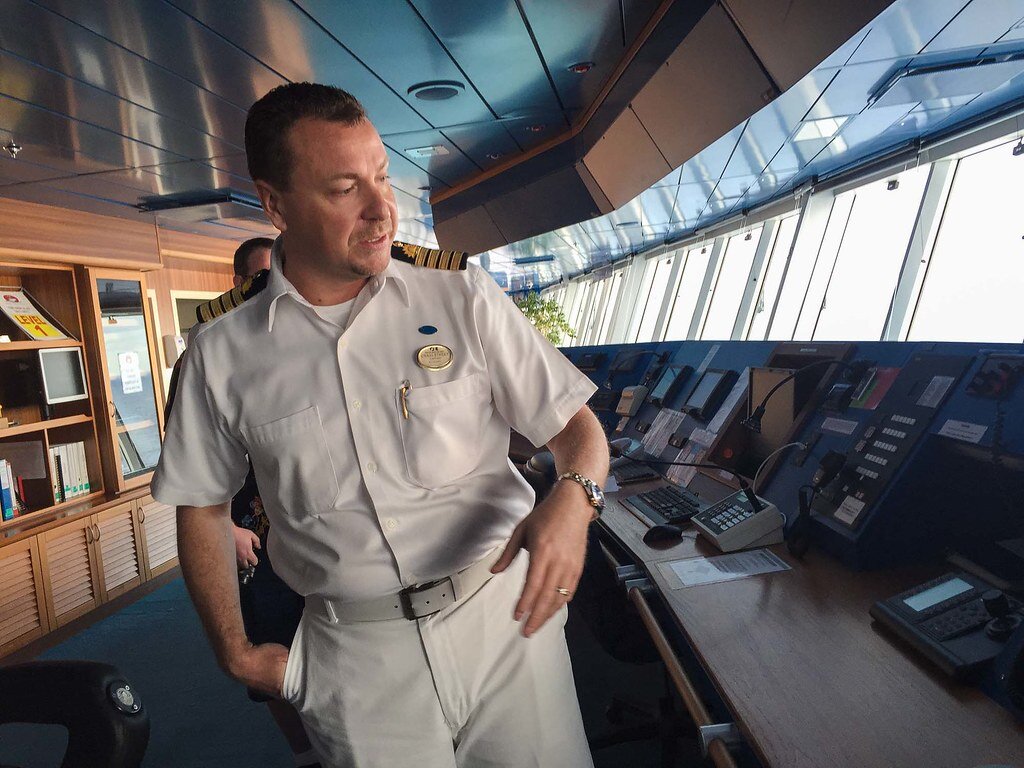 A ship captain on the bridge.

A ship captain is in the management level.

His job is to manage the vessel and keep it seaworthy by checking that the crew is doing their jobs properly.

He must ensure that they are well trained by following scheduled drills. He must guarantee that all safety and firefighting equipment are fully functional.

Most importantly, these things must be recorded in the proper log book.

Authorities can track your vessel’s position including your last voyages. They do this if they suspect something is illegally happening on board.

Thus, a ship captain must also be well versed with maritime laws, rules and regulations internationally. Moreover, he is expected to know local regulations too especially on his port of call.

I think the number one skill a master mariner must posses is the ability to communicate clearly, calmly and effectively.

Communication is the bridge that connects people to understand each other.

Since a vessel could be run by multinational crew and visits different countries, his words must be understood clearly.

Aside from that, a ship captain must be observant and able to react to changing situations without panic.

He must be knowledgeable about his ship’s maneuvering characteristics, including its limitations and the type of rudder or propeller it has.

The largest so far is from Jack-up barge. Captains on these vessels earn up to USD1,000.00 PER DAY!

But Filipino Captains earning an average of USD11,000 per month is not so bad at all. This is actually huge money in our country and you can feed a whole village with it.

The responsibility is enormous but the financial compensation thwarts those challenges.

Not just the captain but seafarer’s salary as a whole is better compared to land-based jobs. 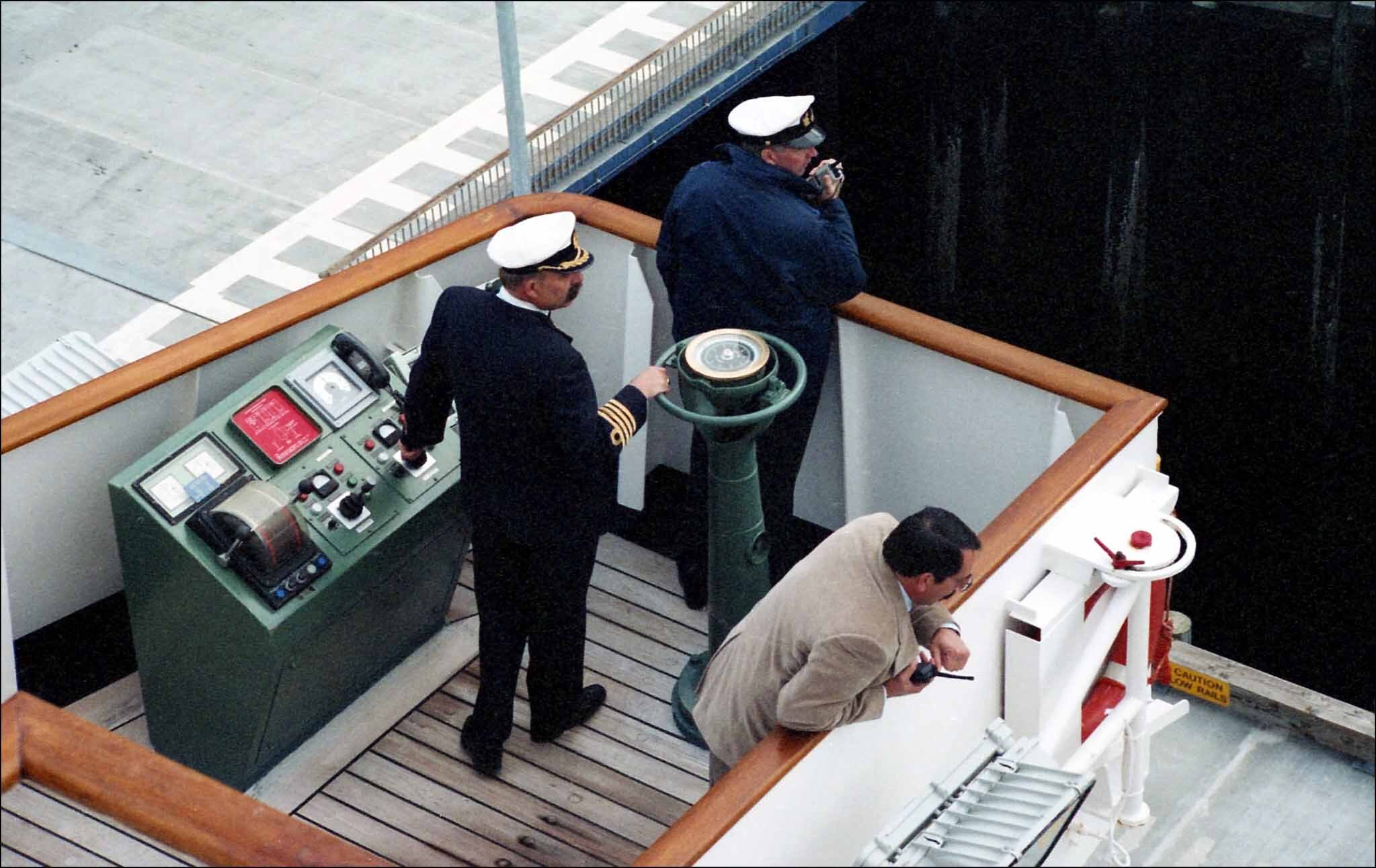 A ship captain, a pilot and an OOW on the bridge wing during maneuvering.
Source: Tom in Flickr

How to Become a Ship Captain

If you become a ship captain, you must plan it carefully and prepare for a rough ride. You must be serious about it and focus on that goal.

Though many seafarers decide on that path early on their school career, only a few get real serious with it.

If you really plan on reaching that path, you must stick to it and continue despite rejections and heartbreaks.

Education is the foundation for the future.

Thus, becoming a ship captain starts with the right foundation.

Specifically, you must take a course on Bachelor of Science in Marine Transportation or BSMT. You will learn theoretical functions all about the ship and the sea.

There are maritime scholarships all over the Philippines you can take advantage of.

Otherwise, you have to pay the tuition and everything with it. The cost of becoming a seafarer is really high.

Just make sure that the school you are enrolling in is accredited by CHED and MARINA.

Your theoretical background is useless without real world application.

In order to get your diploma and Transcript of Records (TOR), you must complete 12 months of apprenticeship as a deck cadet.

If you can’t take a cadetship on board, being a rating is okay. However, you need to complete 36 months worth of sea service.

When you finish that, you need to get an Officer in Charge of Navigational Watch (OIC-NW) License.

In short, the pre-requisite of becoming a ship captain is to pass the ranks of Third Officer, Second Officer and Chief Officer.

As long as you have a degree of BSMT complete with diploma and TOR, you are on the path of becoming a Captain. This include ratings like AB, bosun or OS. 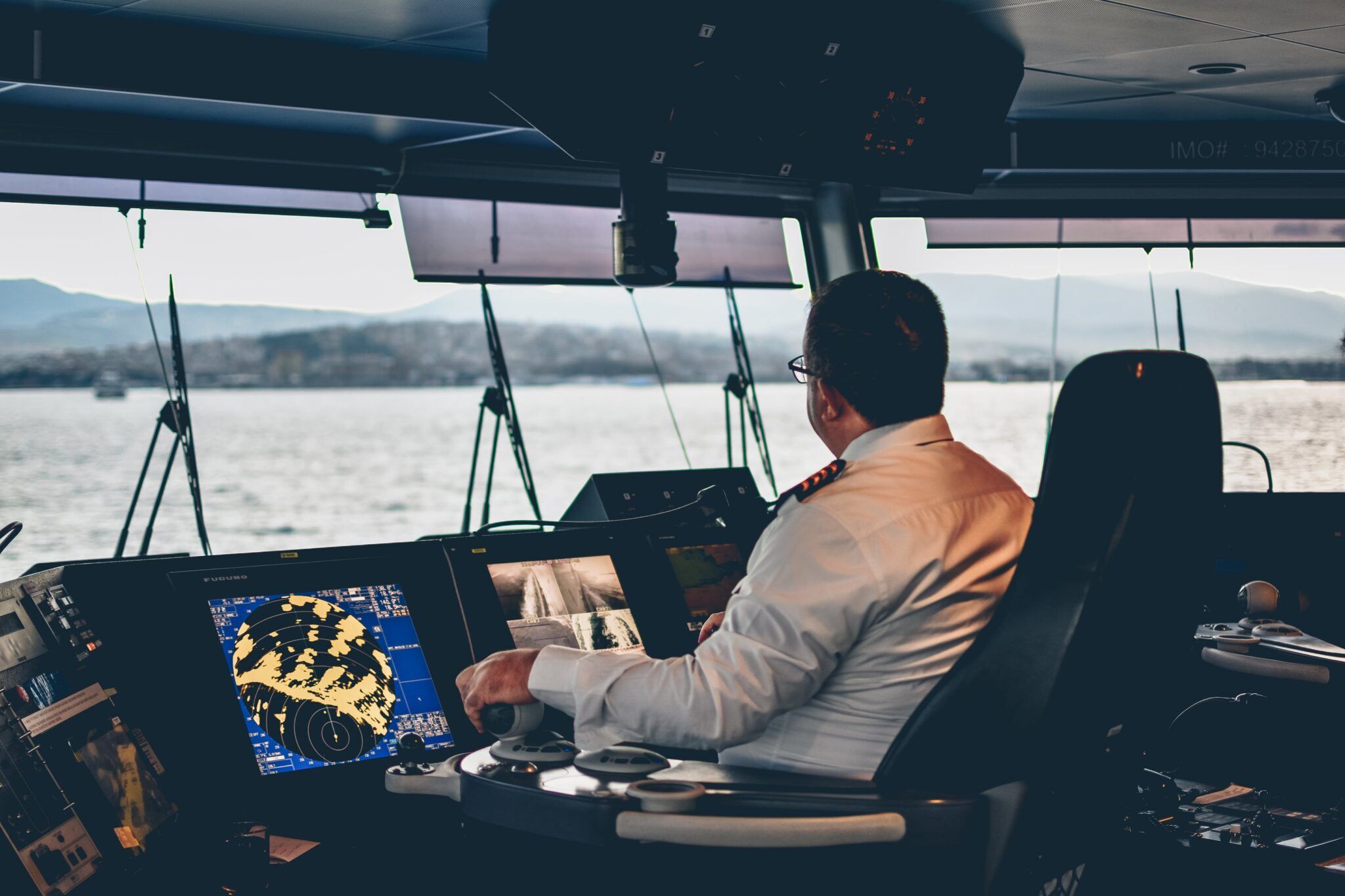 Those experiences won’t make you become a ship captain.

Today, in order to prove that you are competent, you must be certified.

Your learning and experience on board must be complemented with different training on land during vacation.

Training certificates accumulated since cadetship to officerships are all prerequisites.

An experience of 24-month sea service as an OIC-NW is needed before you reach management level. You must also undergo exams in MARINA to get your Certificate of Competency (COC).

More advanced training is needed if you happen to sail on tanker vessels of different sizes.

Everything is recorded. Your COP and COC is a proof of that.

After completing the minimum STCW requirements for a Master Mariner license, you are still not there yet.

Even if you have the COC, you still have to comply specific trainings or documents from the company side.

Many companies have specific requirements. Currently, companies follow a matrix which details years of experience between the Officers before they promote you.

Besides, each type of vessel have different training requirements.

Its very strict now unlike before. Its even quite difficult for Filipinos than on western nationalities.

The last leg in becoming a ship captain is to get a promotion from the office. Yes, a green light from the company.

There are many factors in a fast promotion.

Fleet expansion and shortage of captains are the common ones. The supply and demand of seafarers is at play here.

Good news is, the Philippines became the biggest supplier of seafarers in 2021. It means many shipowners prefer to hire us compared to others.

Thus, you will have that promotion once the stars align and the gods bestow favors upon you.

Luck also plays a major role in becoming a ship captain. There are master mariners commanding a vessel at an age of 30. Others achieve that at a later part of their sea life.

But the most important thing is you achieve your goal and help people along the way. You will be remembered by how you treat those above you as well as those below you.