Ballasting and Deballasting Operation for Beginners 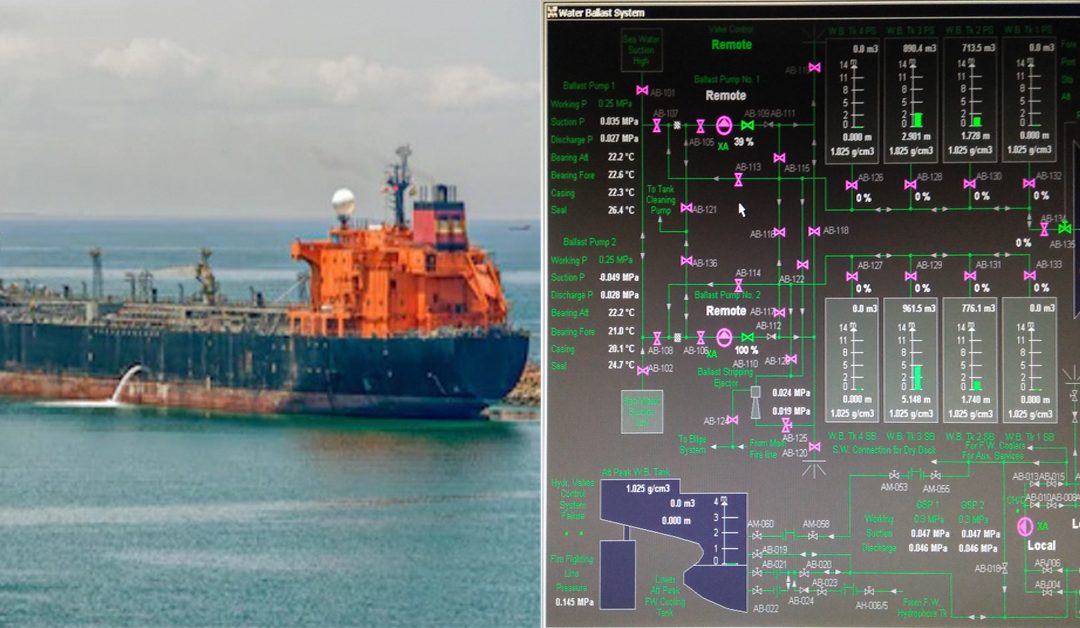 Ballasting and deballasting is very essential in ships. It is an operation keenly supervised by ship officers to maintain the vessel’s stability.

This is very crucial. It keeps the ship upright by compensating the distribution of weights.

What is ballasting and deballasting?

By gravity or pumps?

There are two methods used in this operation. Using gravity is one economical way to make ballasting or deballasting. You just open the right valves and let the seawater find its way to the ballast tanks or vice versa (tanks to the sea).

However, this method has limitations. They are only effective when the ballast tanks are full or empty then slows down gradually. Whenever the ship’s ballast in the tank levels with the waterline, gravity method stops.

This is where ballasting or deballasting by pump comes in. They are fast, reliable and usable at any stage of the operation.

The ballast tanks are segregated of each other and connected by pipes and valves. They are only meant to carry ballast water and nothing else, hence they are also called Segregated Ballast Tanks (SBT).

The piping system connects the tanks, the ballast pumps and other peripherals. You can choose which tanks you want to pump water in or out by opening the right valves.

Ballast pumps are the “heart of the system”. There are usually two of them which are designed to “catch up” with the maximum rate of cargo operation.

Other components of equal importance are the seachest, ballast stripping ejector and the various sensors and alarms used to monitor the ballasting/ de-ballasting operation.

High capacity ballast pumps are normally used to load or discharge the bulk of seawater. However, these pumps are not efficient in pumping out the few remaining ballast water inside the tank.

This is where the ballast stripping system comes in. During the last stage of deballasting, they use an ejector to discharge the remaining ballast water in the tank.

Stripping the ballast involves using the fire pump. Lining up the valves and pipes is important so that water from the fire line goes to the ejector, which is also connected to the ballast tanks.

The ejector creates a vacuum on the pipeline thereby “sucking” the remaining water in the tank.

You can visibly tell when the ship is stripping her ballast tanks. If you see water coming out from her anchor wash and another on her seaside, she is probably on her final stage of de-ballasting operation.

Chief Officer (C/O) plans the ballasting and de-ballasting procedures in line with the cargo operation. He takes into account the ship’s stability, draft, vessel’s stresses, bending moments and many other factors.

But due to the rules on working hours, the Chief Mate can not do this on his own. Therefore, he delegates this activity to the Officers-on-Watch (OOW). The OOW follows what’s written in the cargo plan. Remember that the cargo plan also includes the ballasting and deballasting plan.

The C/O then supervises the whole operation until completed.

There are news regarding the development of unmanned ships but the intricacy of this operation is still debatable whether machines or A.I. can handle ballasting/ de-ballasting safely or not.

Why Do Ships Engage in Ballasting and De-ballasting Operation?

There are many factors why vessels engage in ballasting and de-ballasting activity. The bottom line is to keep her safe, upright and stable.

A ship is subject to internal and external forces while at sea or in port. Even if she is made of steel, these forces could break her putting the crew and cargo in complete danger. 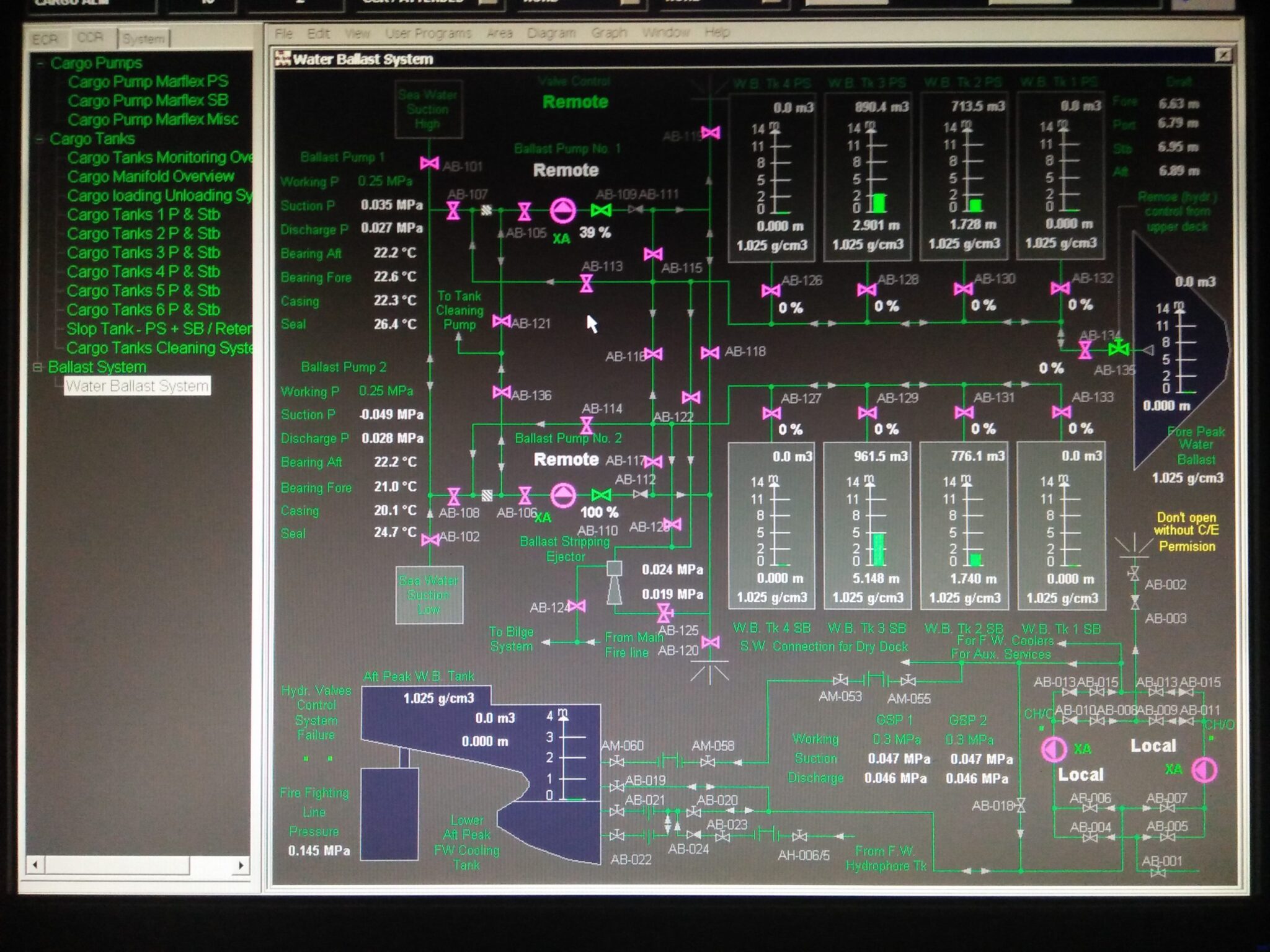 Cargo operation is the process of transferring the cargo from the shore facility to the ship- called loading, and from the ship to the shore terminal called unloading or discharging.

Ballasting and de-ballasting is simultaneously involved.

During loading, cargo transferred on board adds weight to the vessel. De-ballasting removes some of the ship’s weight to lighten her, thus counterbalancing the added cargo weight.

You can see this happen on some ships in port pumping out water from their sea side. They are most likely engaged in deballasting operation.

Ballasting usually happens during discharging operation. When the ship is transferring her cargoes to the terminal or shore facilities, she becomes lighter due to the movement of weights.

Adding ballast water into her tanks compensates for the loss of weight. This process maintains the vessel’s stability and structural integrity.

Ports, channels and canals have draft requirements before vessels could pass, cross or enter. This is to avoid grounding or touching her bottom into the seabed.

Adjusting the ship’s draft is possible with ballasting or deballasting operation. Sometimes, it’s a mixed of both just to reach the required draft for entry.

For ballast ships (ships carrying no cargo), one of the purpose of ballasting is to keep the propeller and rudder submerged.

But there are times when the sea is very rough and the ship’s stern throws into the air thus over-speeding the propeller. Scenarios like this happen even if the ship makes all speed adjustments and ballasting procedures to keep her upright.

In this special case, the vessel performs an emergency heavy weather ballast where in she fills a cargo tank with ballast water.

This added ballast increases the ship’s stability, weight and therefor her draft, giving more immersion to the propeller. 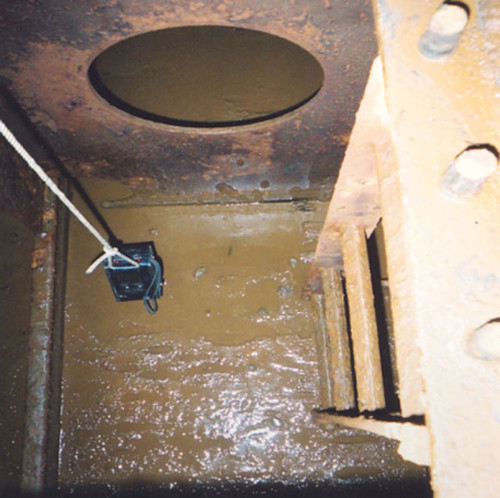 Inside the ballast tank.

A ship’s water ballast tanks contain microorganisms and other marine life which got sucked in during ballasting operation.

These creatures get a “free ride” from one port to another depending on the ship’s voyage.

When the vessel deballasts her tanks, these marine species are also transferred to their new environment. Sometimes, they pose a threat by actively invading its new territory.

These invasive species disrupts the balance of the new ecosystem. To avoid this from happening, ships perform a ballast exchange procedure.

A vessel conducts ballast exchange in the open sea, usually a few nautical miles from land before arriving port. She pumps out the current ballast water and replace with the water in that area.

Other procedure involves diluting the current ballast by overflowing the ballast tanks on deck.

One time, our vessel got involved in an incident where the rudder touched the bottom while performing a turn.

After that event, there was a creaking sound whenever the rudder makes certain angles. We decided to see as much of the rudder so Chief Officer made the vessel trimmed by her head (forward draft is greater than aft draft). 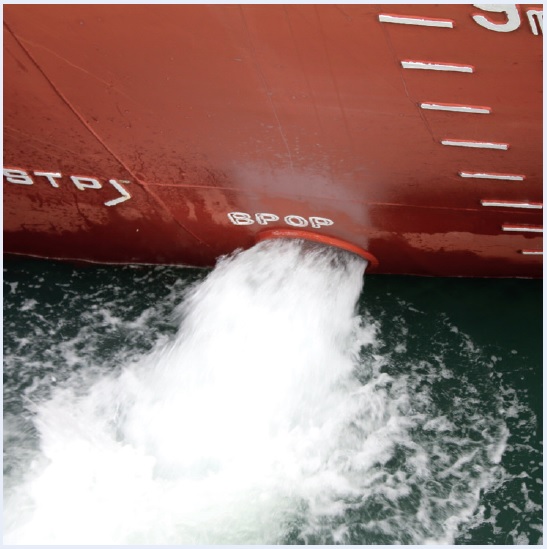 When a ship runs aground, a portion of her weight rests on the seabed.

Deballasting on the right tanks while keeping the propeller submerge may help free her with the help of her engines.

Or she can completely empty her ballast tanks and ask assistance from salvage tugs if the latter doesn’t work. If all those fails, she may need a dredger.

Ballast tanks are not only meant for carrying seawater. They are also the first line of defense that protects the ship from hull breach.

Since ballast tanks are segregated from each other, a hole from one tank is only contained in that part. The right mix of ballasting and deballasting may still be able to keep the ship afloat.

What’s your experience with ballasting and deballasting operation?